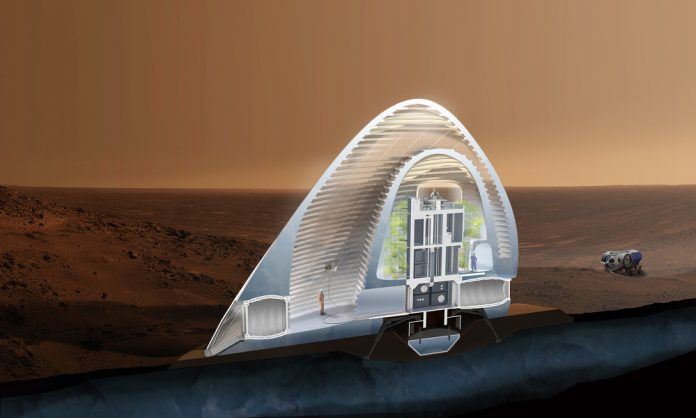 More and more projects involving the constructions of 3D-printed dwellings are cropping up. These could not only provide affordable homes but also be beneficial in space-faring.

In a recent display open to the public, robotics experts of the University of Nantes showcased the construction of a robot-operated, 3D-printed house. The walls are made of two polymer layers on the outside, the inside of which is then filled with concrete. The researchers state that this setup will ensure that the house insulated for up to a century.

The construction took 18 days, and it resulted in a thousand square-feet house in the shape of a ‘Y’. It is outfitted with sensors that monitor temperature, humidity, acoustics, and air quality.

The home’s owner will be a local family who qualifies for social housing.

A similar project is that of Icon, who have collaborated with New Story in order to showcase their proof of concept housing at SXSW 2018 in Austin, Texas.

The home was printed with Icon’s proprietary Vulcan printer, it spans 800 square feet, and took just 24 hours to construct. After the printer was done making the walls using a special blend of concrete, workers installed the windows, wiring, and plumbing. In the future, the developers look to have robots do the window installation as well.

While the proof-of-concept house cost $10,000 to make, Icon hopes to eventually bring down its price to $4,000. This will be essential as the company looks to deliver its services to developing countries and in places where housing shortages are becoming a critical issue.

Similarly, 3D-printing startup company Apis Cor of San Francisco has 3D-printed a house in Russia. The circularly shaped house rests on 400 square feet and was finished in under 24 hours. In addition to the crane-like printer, human workers also helped build the house by installing windows, the roof, plumbing, and electricity.

According to the company’s blog post, out of the house’s $10,000 price tag, by far the most expensive elements were the windows and doors.

3D-printed housing is proving to not only be fast but also affordable and eco-friendly. If made widely available, they could help in rebuilding disaster-struck areas, help solve housing shortage crises and provide more accessible housing to those in need.

Moreover, 3d-printed dwellings can also potentially be used on other planets of our Solar system. NASA itself has been theorizing about using 3D printing in building on and colonizing Mars. The European Space Agency also has planned a lunar base that would use 3D-printing and the Moon’s soil.

July 20, 2018
We use cookies to ensure that we give you the best experience on our website. If you continue to use this site we will assume that you are happy with it.Ok