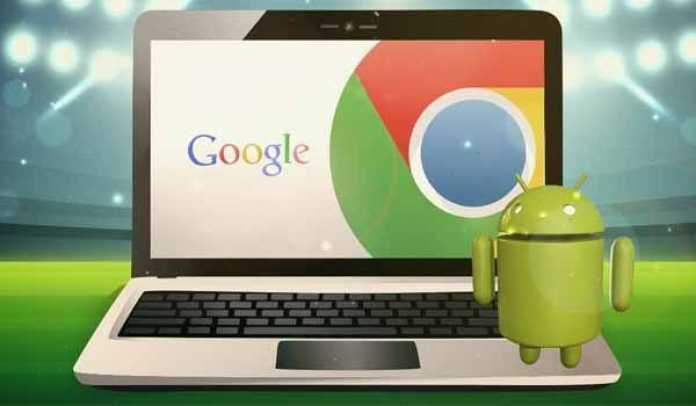 We all love Play Store and how it brings value to Android phones, but how would you like Android apps right on the screen of your Chromebooks? That’s what exactly happening in the coming days. This isn’t an official Google announcement, but a lifehack discovered by a Redditor.

Google Chromebook can be hacked to run Android apps through a tiny option pointed out by Reddit user ‘TheWiseYoda.’ However, the search giant was quick to remove it, but too late we already know company’s ‘leaked plans’ to deploy Android apps on Chromebooks. The source code that enabled the Redditor to hack Chromebook also contained the following message:

“Over a million apps and games now available on your Chromebook”

Of course, this was a message from Google. The secret option seemed to be in testing phases when Wise Yoda discovered it and was perhaps on the list of Google’s surprise announcements which are due to take place during I/O 2016, happening this month.

If Google brings Android apps on Chromebooks, what are the possible implications? You will be able to run Play Store on your laptop and with it download millions of apps and games on your notebook just like the Google’s hidden message said. But the real power will come to touchscreen Chromebooks, which would be literally turned into Tablet-cum-Laptop.

Android Chromebooks will directly compete against Google’s own Pixel C Android Laptop, which is known to have imperfections in terms of its touchscreen performance and speed. But, Pixel C is one Android notebook against Chromebooks manufactured by all the big tech brands like Samsung, Asus, Acer, Toshiba among the few popular ones. If it spins your head, The Verge says Samsung Chromebook 2 (11.2) is the best Chromebook you can buy.

Google I/O 2016 is expected to take place between May 18-20 and hopefully, the event will reveal inclusion of Android apps on Chromebook. Of course, if Google is planning on expanding Android to Chromebooks, it is not going to do so without extensive testing, that’s why the accompanying message in the aforementioned source code also read a title “ARC OPT IN” somewhere in there.

This means the tech titan is going to first introduce the new platform in its beta App Runtime for Chrome (ARC). ARC, short from App Runtime for Chrome, is a Chrome OS facility that allows developers to test and run Android apps on Chrome OS. ARC was launched back in 2014 and it took Google two whole years before making most out of it by integrating this option into a consumer product.

It is also possible that the marriage of Android with Chrome OS was part of the plan during ARC launch, hinted from this Google statement: “We’ll be working with a select group of Android developers to add more of your favourite apps so you’ll have a more seamless experience across your Android phone and Chromebook.”

It would be interesting to see how Chrome OS and Android work together, but since ARC beta is already at work, we can say they will get along. This also brings up some interesting discussions. Like, would more stylized Chromebooks replace Android tablets altogether? Does this massive boost to Chrome OS could completely shut down the iOS and Windows 10 laptops?

As for now, Chromebooks really need to improve before it could beat the market of its powerful laptops like Surface Book Pro, Macbook Pro, iPad Air, Dell XPS 13 and other notebook hits. Many tech magazines are of the belief that the rumors might be true and Google Play Store might soon show up on Chromebooks. All we can say is that it will be amazing and we would love to see Android apps on Chromebooks.

Two New Game Engines are on the Verge, Meet Lumberyard and...

October 13, 2015
We use cookies to ensure that we give you the best experience on our website. If you continue to use this site we will assume that you are happy with it.Ok