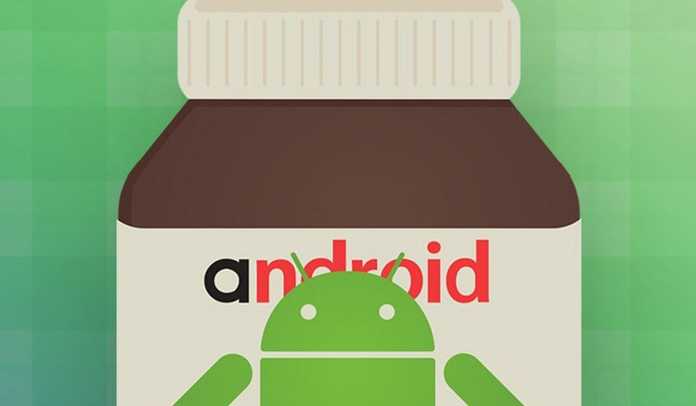 We expected the new iteration of the most popular mobile OS to be released during Google I/O, but Google surprised us all and published N earlier than usual. As always, current version of OS is a developer preview, targeted at developers and enabling them to build and test their apps so that when full version of OS comes out their apps already support all the new features that are built into Android N. The full version of the system should come out sometime during the third quarter of this year, probably in October. Android N developer preview is currently available for Nexus 6P, Nexus 5X, Nexus 9, Nexus Player and Pixel C.

A couple of details

The news about the release of the new version of Android was first published on Medium, via a post made by Hiroshi Lockheimer, Senior Vice President for Android, Chrome OS, and Chromecast at Google. The post starts with a bit of emotional reminder what the Android is all about: “Ten years ago, mobile development was tough: the industry was quite nascent and the desktop was still the center of computing. With a host of mobile platforms, we had a closet full of more than 200 phones: J2ME, Symbian S60 and UIQ variants, Windows Mobile… each SDK and toolset completely different such that we were building our apps pretty much device by device.

That’s why Android made so much sense: a belief that aligning around a common, open-source platform would drive innovation across the mobile industry. Android was built by developers for developers, and was created out of the wild idea that we could minimize some of the biggest pain points for building for mobile while enhancing choice for consumers.”

After this, he talks about why they released a developer preview version so early and informs the public that downloading it is easier than ever. Users who own one of the supported models can just visit Android Beta Program page, find out if their device is supported and just download the update. New preview versions will be delivered OTA for all people who install Android M developer version. Currently, Google is planning to release five updates to preview version before the full version of Android M sees the light of day, probably near the end of this year. As Hiroshi says in his post “As we look to the next release of Android, N, you’ll notice a few big changes aimed at you as developers: it’s earlier than ever, it’s easier to try and we’re expanding the ways for you to give us feedback. We want to hear from you and iterate on the platform with you — that’s what makes Android stronger.”

The biggest new feature in Android N is multi-window support. You can finally watch YouTube video while chatting with your friends! But really, jokes aside, multi-window support is something that most of us (well, except those who own one of the models with a multi-window support) waited for years, and it’s good to see people at Google addressing this and enabling this long awaited feature. All that developers should add this feature to their apps is just enabling split screen support (android:supportsPictureInPicture should be set to true).

Another new option that looks really handy is the ability to answer all messages directly from the notification shade. Notification shade is now more streamlined, without distinct cards for every notification; the only thing that divides them is a thin line between them. The quick settings menu is now editable, you can choose which icons appear over notifications shade, and developers can finally create their own quick settings icons. Quick settings panel now shows toggles for stuff you use frequently.

Ther are more changes in Android N. Settings menu is overhauled, individual sections are no longer divided; Users can now see basic details of each section in the settings menu (e. g. to see how much mobile data you used), and Sound and Notifications have finally got their own sections in settings menu.

Support for Java 8 language has improved, enabling developers to use many new Java 8 features that couldn’t be used in earlier Android versions. Doze mode, a battery saving mode first released on Marshmallow should keep your battery even longer alive now, with optimizations and new options. With N, Google is trying to reduce Android’s memory needs as well as to optimize background apps even more.

Even though N is still in developer preview version, the system works fairly well. Animations are faster, all system seems to be performing faster. Boot time is reduced and time needed for app optimization during the first boot is greatly reduced. OS is behaving very stable although crashes will happen from time to time. Overall, N is quite good giving it is a developer version.

Google plans to slowly add more feature to Goggle N developer preview as the time passes by so when the full version of the system comes out, it shouldn’t suffer from a plethora of bugs like some previous versions. The question is why Google delivers new Android versions so often. I mean, Marshmallow is present on around 3 percent of Android devices, and by the end of the year (when N should come out) I don’t think that Marshmallow will break 10% boundary. If Google wants to constantly give users new features, and new optimizations it better thinks of something that will speed up spreading of new Android versions. Instead, they are making new versions faster and faster, while most mobile devices (even top tier ones) stay on old Android versions, making the user base for latest Android versions smaller and smaller with every iteration. Oh well, we just hope that N will be a worthy successor of Marshmallow and that Google will somehow find a way to bring their new system to users faster than it is doing now.

iOS: Which New Features It Needs In Order To Stay Competitive...

May 23, 2017
We use cookies to ensure that we give you the best experience on our website. If you continue to use this site we will assume that you are happy with it.Ok