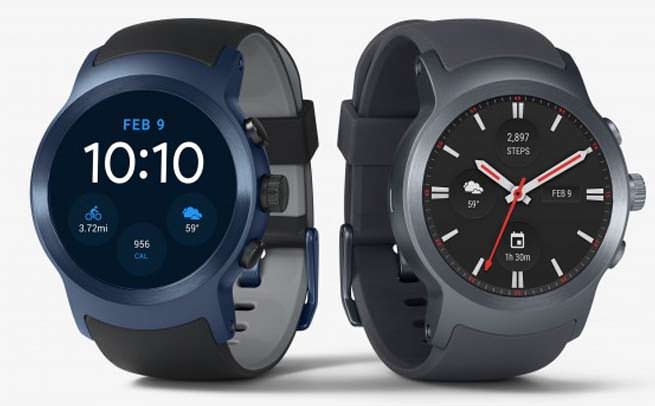 So Android Wear 2.0 has finally been launched but what’s new about it? The all-new 2017 Android Wear 2.0 was first debuted back in May 2016 during Google I/O. Ribbon-cutting was offered to the new smartwatch series LG Watch Sport and LG Watch Style. The old platform had certain setbacks likethe  immature design, babysitting the phones, and lesser apps especially for iPhone owners. That’s all getting sorted up with the new 2.0 renovations.

Here are is the answer to your “what’s new in Android Wear 2.0” but keep in mind we are only highlighting the latest features of the platform update, it has nothing to do with upgrades in specs of smartwatches. Those depend on the company they belong to (LG etc).

I must mention, not only smartwatches. AW 2.0 is the next generation version release for android smart watches and wearables. While android itself is going through its seventh itineration, the wearables due to lesser use are still trying to pick up the speed. The new wearable operating system will benefit smartwatches in several ways, including added support for speed and optimization for the new hardware.

Also check out: We welcome the android os Nokia 6

It’s time to shed some more light on the highlights

It means prettier menus, user interface (UI), and overall outlook of your smartwatch and AW 2.0-driven wearables. Old Cartoonish looks are gone and reimagined OS will match the style of your Android Wear 2.0 smartwatches. Google debut the newly introduced “rotational input” with LG smartwatch series. Minor enhancements comprise of redesigned main menu its capability to favorite (bookmark) top apps so they always remain on the front as shortcuts. As to the hardware, the new design also helps battery life.

Watch faces are more beautiful and easy to personalize according to your taste. More customizability also means more watch faces because you can change your presets with a single swipe and maintain different watch faces for office, work, indoor, and outdoor environment.

The Android Wear 2.0 developers also get the bite via Google’s new Complications API that allows third-party coders to include data from other apps on watch faces. This is analogous to the widgets on WordPress themes or Windows Widgets (stock prices, other news etc) with the difference that now you can choose what to show.

Well, Standalone Apps didn’t use to be there and it’s a giant step because now you don’t have to keep the phone near to use such apps. However, smartwatches with fitness trackers not talking to smartphones wouldn’t make much sense, would it? That’s why the old tethering system has been replaced with Bluetooth, Wi-Fi or cellular networks; whichever is available. Your Android Wear 2.0 smartwatch will automatically sync the data and reports whenever a network is available.

Also check out: Use of electric car in current economy- pros and cons

Making Google Play available on Android Wear 2.0 is like it can’t get any “what’s new” than that. The ability to install the apps directly to the smartwatches is a huge selling point for big G because it previously iPhone users were stuck with their AW smartwatches. All of the fitness apps for Android Wear 2.0 will be available on Apple Store as well so Apple Watches are going to get a run for their money.

What about other apps? For now, top AW 2.0 apps like AccuWeather, Telegram, Uber, and Google Pack (Fit, Messenger, Play Music) will confirmedly be available both on android and iOS and more will roll out in time.

So that’s what’s new in Andriod Wear 2.0 and yes we did skip Google Assistant and Google Play, but those are already like a word out on the street. You might also hear about new Fitness Challenges features, but it isn’t something different from what you will read here. Stay tuned!

April 1, 2017
We use cookies to ensure that we give you the best experience on our website. If you continue to use this site we will assume that you are happy with it.Ok