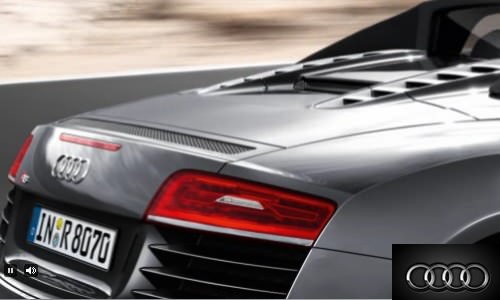 By Definition: Disruptive technology is new technology that is expected to displace established technology.

One of the lessons i have learned with technology, is that we should not have too much attachment to a particular technology, because everyday new technology will pop up claiming that it is disruptive and more important than present technologies.

Many tech start-ups claim to have disruptive technology which will change the way we do most things, but in most cases most of these small companies fail to survive because the big companies copy and advance those technologies.

You can not create disruptive technology with only one gadget or innovation, look at the most disruptive technology companies like Apple, Samsung, Facebook, Google, Dell and Microsoft, they keep on inventing new technologies, they merge various technologies to create high end disruptive techs. It takes a while for your small tech start-up to gain competitive advantage; you need to invest time, knowledge and money to create a serious impact in any competitive market. I know of some small start-ups like Pinterest.com which have managed to gain strong exposure in the social networking world, but Pinterest has to go an extra mile and add value to its technology, other wise it will not disrupt us for long.

Today, on UseofTechnology, i want us to learn about the most disruptive technology companies for 2013, most of these companies will continue dominating the tech world, but in 2014 we shall see new tech companies.

Company was founded in 2010 but it has managed to create an impact in the video streaming world. You can use Aereo.com to watch live TV online, due to the increased use of mobile and internet technologies, users can now watch streaming local TV programs on their mobile devices. Forget about cable TV, you don’t have to rush home any more to watch that big game, just use your Smartphone or tablet and watch any big game shooting live on TV from anywhere. However, Aereo is not limited to smartphones and tablets, you can also use it on AppleTV or Roku. Now this is what i call disruptive technology, it combines more than one technology to create a massive impact. Learn more about Aereo from here…..

So far the best tech company when it comes to producing easy to use high-end tech gadgets. Apple has improved the way we interact with most gadgets, they changed the way we listen to music by inventing an iPod which replaced portable cassette & CD players, iPhone which replaced the ordinary cell phone, iPad tablet which is a mobile slim computer, iTunes a collection of the best music online, App store which is a collection of billions of mobile apps, MacBooks which disrupted the computer world and so much more. You can learn more about Apple disruptive technologies from here ….

Audi is one of the most successful automobile tech companies in the world, Audi was founded in 1909, since then, Audi has been making disruptive affordable automobiles. It is a Germany based company known for making cool automobiles. Due to advancement in automobile technology, Audi is planning to make a fuel using solar power, the success of this project will enable Audi make renewable methane for natural-gas vehicles, and this can also help in reducing dangerous gas emissions produced by cars. You can see some of the best Audi cars and technology from here…..

ABB group creates automation and power technologies, the company is well known for creating renewable sources of energy which helps in reducing carbon dioxide emissions. In this age of global warming, we need renewable sources of energy to save our planet earth. ABB has invested large sums of money in developing disruptive technology which can transmit power from widely distributed solar panels, wind turbines and many other sources of renewable energy. Renewable energy technologies can be expensive to install but in the long run they become cheaper and affordable. Learn more about ABB technologies from here...

Alta Devices creates flexible, portable solar power that can be embedded into any device or material. The main goal is to make it easy for consumers to generate energy using any device or material with the help of solar power. They produce the thinnest efficient solar cells which can be attached to any device. Your portable device or system will be in position to generate electricity under different environmental conditions, so you never have to worry about running out of power, this technology can also help in prolonging the life of your device battery. Learn more about Alta Devices from here…..

Amazon has managed to stay on top of the e-commerce world by solving the problem of purchasing products online through its same-day delivery service and competitive prices. Also Amazon has emerged as a big technological company by venturing into  cloud hosting service which is used by most successful online companies, they have also ventured into manufacturing of portable devices like Kindle Tablet. As you can see, Amazon started as an e-commerce company, selling products from manufactures and third party stores, now the age of selling physical products is outgoing, so now they have started selling cloud space. Now Amazon is working on a virtual currency technology, let’s wait and see if it will become disruptive. Learn more about AMAZON from here….

They have been in the market since 1851, Corning is among the best disruptive technological companies in the world. Corning produces thin glass which is flexible and strong. This thin glass is used on touch-screen devices like smartphones, tablets, notebooks, and so much more. Corning has invented another thin glass called Corning Willow, it is ultra thin, light flexible and cost-efficient, this new corning willow is good for today’s slim displays and smart surfaces. Learn more about Corning ultra thing glasses from here….

Coursera was founded in 2011 as a social entrepreneurship company. Coursera partners with over 67 top universities in the world to provide free educational courses online.  Courses featured on Coursera can be accessed for free by anyone around the world, as of now, Coursera features over 370 courses. It is a disruptive educational technology for 2013, students can easily select from 300+ courses, watch short video lectures. take interactive quizzes, study with other courserians, interact with instructors and so much more…..Don’t get limited, learn more without spending a single dollar. Join Coursera from here…..

This new tech startup aims at protecting your business data by providing you with active defense software which identifies and prevents damage from targeted attacks. CrowdStrike defender can identify malwares which might damage your device and data. In today’s technological world, hackers and malware developers are on the rise, these people can steal your business data or use your computer device to send attacks to targeted companies. So it is wise to use a strong software defender to protect your data and device. CrowdStrike was founded in 2011 and its headquarters are based in Irvine, California. Learn more about CrowdStrike from here…..

Due to the increased use of mobile phones, many companies are demanding for efficient mobile adverting technology, so Inmobi is the answer to this endless demand. It is a global mobile advertising network which provides advertising solutions for Agencies and Advertisers across the globe. Inmobi is posing as a big threat to tech companies like Google , Facebook and Apple. Inmobi sells and distributes ads to targeted mobile users across the globe; Inmobi will be launching SDK 370 technology which will improve on its ad placement on mobile phones. One of the ways Inmobi reaches mobile users is by patterning with publishers of mobile applications and websites. Learn more about inMobi from here….

Control the temperature of your home with Nest technology; many times people leave their houses at one specific room temperature and they never mind to change it. To some extent, this can be a problem especially during winter seasons. Nest is a learning thermostat which programs itself and controls your room temperature; you can as well control it via a Nest’s mobile App. Let’s say that you’re at work during a winter season and you forgot to heat your house, all you will need to do is to use the Nest Mobile App and ask Nest to fire up the furnace. This will ensure that your house if warm by the time you arrive. Get Nest Thermostat for your home from here….

Helping small businesses accept credit card payments with smartphones. SQUARE has proved to be a disruptive e-commerce technology simplifying how people pay for goods at local stores. This form of payment is simple and easy to implement, Square charges 2.75% per swipe and payments will be deposited to your bank-account the next day. So you can start accepting credit cards and increase on your sales. Square works with iphone, Android phones and iPad. Register with square for free from here….(www.squareup.com )

Founded in 1937, Toyota has been making affordable automobiles for almost every one. Since some of us can’t afford expensive cars from German and Italian auto makers, Toyota has some thing great for anyone. Now, Toyota is dominating the market or small cars with its new Toyota Prius, it consumes less fuel and it is easy to maintain. Toyota thinks of making autonomous cars which could make roads safer and also reduce on congestion and pollution of the environment. Toyota’s automobile technology has been competitive for a while and they will always disrupt the automobile industry. Learn more about Toyota automobile technology from here…

Samsung is challenging Apple in the smartphone world and they are also creating a competitive tablet which is posing as a great threat to the iPad. Samsung is a tech company which makes disruptive technologies for business, home entertainment and general electronics for daily use. It has become a giant technology company leading the market in the smartphone world. Cell phones produced by Samsung are affordable and they run on Android mobile operating system which is light and easy to use. Now Samsung is working on a tablet which can be controlled by your brain. Learn more about Samsung’s disruptive technology from here….

The Barcode Story- History of the Barcode

Use of Information Technology in Competitive Advantage