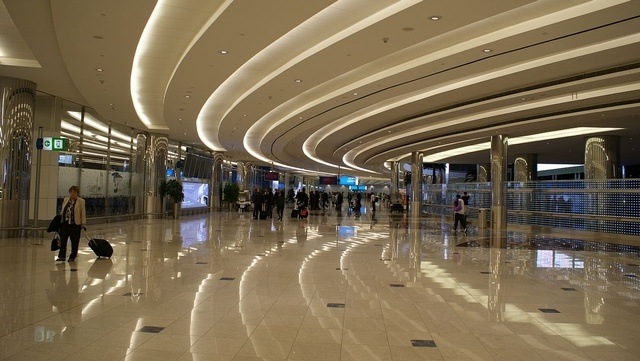 In many airports, people are subjected to inspections which take time leading to traffics caused by long inspection ques. Physical inspection is sometimes not accurate because you don’t see all parts as you avoid humiliating passengers.

The physical inspectors can also be compromised to ignore something which is very dangerous having in mind that airports should be some of the safest places in every country. In an attempt to increase security in airports people come up with different ideas that would be used to reduce the human inspection. Some of the known examples are the use of scanners.

Most scanners on scan luggage and never identify people. However with advancement in technology face recognition scans are now taking shape. A good example is a virtual aquarium shaped tunnels being put in place in Dubai airport.

Dubai airport handles more than 80million travelers per year a number which is expected to rise to about 124 million people per year. This huge number causes traffic, especially during the inspection. More to just traffic human inspection is sometimes very humiliating, and most of the people don’t like it.

Dubai airport in an effort to reduce the traffic caused by the huge number of travelers is introducing the virtual aquarium shaped tunnels that will have screens placed along its interior. The tunnel will have about 80 cameras and will scan people’s faces as they walk by.

This system has been developed for people who do not like a physical inspection. The working of the virtual aquarium will be simple and will not have any physical conduct with the passengers. By the time passengers walk through the tunnel, they will be fully inspected, and at the end of the tunnel, there will be a green message, “have a nice trip,” or the green light which will alert the security.

The tunnels will be transparent and will have fish moving in the water surrounding the tunnel. The fish is to attract people to look around as they move and as they look around the cameras will capture their eyes and face. According to the deputy director general of residency and foreign affairs Major Gen Obaid Al Hameeri “the fish will act as a source of entertainment and mostly new to the traveler, but the aim is to attract the vision of the traveler to different corners of the tunnel so that the cameras can capture the faceprint of the traveler”. This will enable the passengers to feel nothing in their movement along the tunnel as they are thoroughly scanned.

Even though the government has not stated clearly whether this security system will fully replace physical inspection and the inspecting personnel, it’s expected that the system will reduce the number of inspectors.

This scan will first be fitted in tunnel 3 which is occupied by Emirates by the end of 2018 summer. By the end of 2020, all terminals will have the scans, and they will be fully functional.

Dubai is following the United States closely who are planning to make face recognition scans compulsory for all travelers even the United States citizens. The face and arises scans are becoming popular in an attempt to reduce the humiliating physical scans. 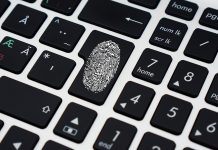 August 14, 2016
We use cookies to ensure that we give you the best experience on our website. If you continue to use this site we will assume that you are happy with it.Ok