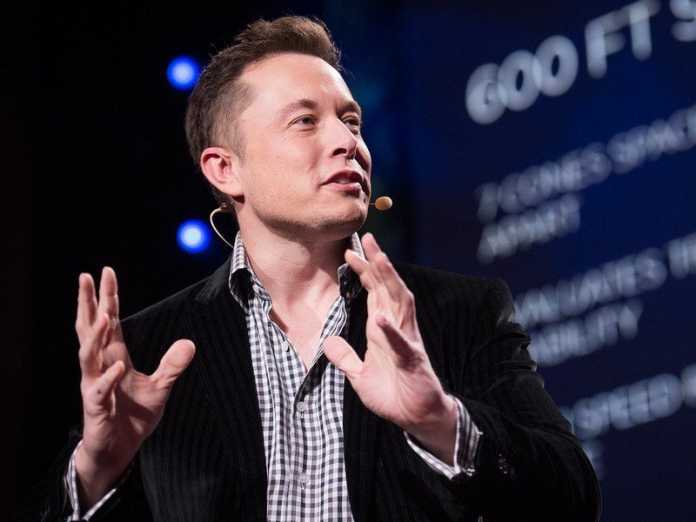 When you hear the name Elon Musk, many references come to mind. Tesla Motors, Space X, PayPal, are all justified associations but there is so much more interesting stuff that connects with his name, the number of projects he worked on, companies he worked at, marvelous inventions he conceived that eventually give you realization that Elon Musk can be considered as one of the few brilliant people with the single goal of driving our civilization forward, no matter how much obstacles are in their way. Nikola Tesla, Henry Ford (if we forget his political beliefs), Thomas Edison, Bill Gates, are just a couple of individuals worthy of that title, and Elon Musk is on a good way of joining their ranks.

Elon Musk was born in South Africa, Pretoria. He was a very gifted child, but as those things usually go, he wasn’t fully understood by his milieu. That didn’t stop him, because when you have a mindset like he does, it is relatively easy to just ignore the surrounding and chase your goals, no matter how high they are.

His parents got divorced when he was only 9 years old, and at the age of 10, he got his hands on his first computer, the famous Commodore VIC-20, known for its low price and solid specs, a perfect choice for a kid wanting to enter the waters of programming. He learned BASIC in just a couple of days, and at the age of 12 he already finished making his first video game, titled Blastar that he later sold to one magazine for around $500. Nice start for a twelve-year-old that learned to program just a couple of years ago.

After his High School graduation he traveled to Canada, and in 1989, he got a Canadian citizenship because his mother was born in Canada. Elon Musk moved to Canada at the age of 18 and a year later started his college life when got accepted into Queen’s University in Kingston, Ontario. He quickly (after just two years) left his college and got transferred to the University of Pennsylvania, where he earned two degrees; a Bachelor of Science in physics, and in economics. In 1994, he moved to California and had a short time spent at applied physics Ph.D. studies at Stanford University (he left after just two days, to chase his entrepreneurial dreams).

Beginnings of an Aspiring Career

His first company was called Zip2, it was a startup that provided online publishing services for media and newspaper companies. He basically created the first online Yellow Pages, a pretty astonishing feat to achieve in the year 1996. Musk wanted to become the CEO of Zip2 but was denied by the board of directors. Eventually, Zip2 was sold to Compaq for whooping $307 million in cash and $34 million in stock options. Musk got 7% of that money ($22 million).

Now that he had actual capital, he started X.com, an online bank, in 1999. The business proved successful and X.com ended up being merged with Confinity. Confinity had an interesting and filled with potential service called PayPal. The name rings any bells? Well, PayPal became what it is today because of Elon Musk. The service was so successful that Confinity changed its name to PayPal in 2001. The funny thing is that he got expelled from his CEO role because he had arguments with other high-level PayPal executives because he wanted to allocate PayPal’s server infrastructure to Microsoft Windows while other executives wanted to stay on Unix. PayPal’s growth was incredible; the service became one of the world’s biggest online money transfer services, offering its services in better part of the world. Other big players noticed that; many of them wanted to buy the company. At the end, eBay won and bought PayPal in 2002, paying for it $1.5 billion in stock. Since Elon Musk was company’s biggest shareholder, he ended up with $165 million from the buy. Before eBay bought PayPal, Musk already founded SpaceX, a company that will ultimately prove that private-owned space transport companies can actually be profitable.

SpaceX, Tesla Motors, And A Few Other Projects

Musk moved to LA, in order to be closer to the space industry, since NASA’s famous JPL (Jet Propulsion Laboratory) was located there. His dreams demanded to be fulfilled, and one of them was sending rockets into space. He traveled to Russia with a single goal of buying a rocket that he could send on space missions, like bringing the needed provisions to ISS (International Space Station). But the realization that rockets are actually too expensive and that he could actually build a space-faring rocket for just a fraction of the cost he would pay for already-built one.

SpaceX was founded in June 2002, and its vertical integration philosophy allowed a company to build reusable rockets that could endure multiple space missions with the costs for building the parts and launching rockets being much lower than with the classical approach in which you build a rocket by ordering the parts from multiple suppliers. The first tests were conducted with a small-form Falcon 1 rocket (named after Millennium Falcon from Star Wars saga). Tests were successful and SpaceX signed a contract with NASA to continue improvement of Falcon 9 launch vehicle and Dragon Spacecraft. Eventually, SpaceX became the first private owned company to launch a satellite into orbit, with their Falcon 1 rocket. SpaceX continues to be successful and they successfully landed a rocket on a ship in the middle of the sea just weeks ago.

Elon Musk entered Tesla Motors as one of the biggest investors in this startup founded in 2004. He entered  the board of directors in 2004. Company’s first car was Tesla Roadster which got released in 2008. It was followed by the Model S, which got sold in more than 119,000 units making it the most successful model in company’s history. Other models of Tesla Motors include Model X, and a Model 3, their first model that should be available for the mass market (and that already more than 400,000 units already reserved). Musk wanted to jump-start electric vehicle industry by making radical changes and developing new technologies. One of the things Tesla Motors is doing different is their battery technology. While other manufacturers use big, bulky, single-purpose cells, Tesla Motors use many small lithium-ion cells, the same ones that power your smartphone, or tablet.

Tesla Motors also has a network of charging stations across US and Canada, in order to finally make a successful tackle on the poor range of electric cars, the main negative side of all electric cars. All of Tesla Motors patents are free for use by anyone; Musk explained that this decision could lead to much faster progress of the electric cars industry.

Other notable projects of Elon Musk include Hyperloop, a high-speed low-cost transportation system, which should soon enter into the testing phase, OpenAI, artificial intelligence Research Company, and SolarCity, a solar-powered systems manufacturer, and provider.

Elon Musk’s main life’s goal is to save humanity, and he is on his way of becoming one of the few people that actually could do something that’ll shift humanity towards the more environment-friendly path, that could eventually save us. He fights global warming and modern-day manufacturing processes that just slowly strips Earth of its riches, without giving anything in return. We should try to follow his example and start to actually care (not just saying that we care) about our only Home before it’s too late. Because it might happen that we actually travel to stars, but for that to take place, we must first create a better society that’ll think about others, not just themselves. And Elon Musk is one of the members of that society, the society for better, that continually grows in every part of the world.

Bugs Allow Hackers To Steal Your Passwords Discovered In Lastpass

March 22, 2017
We use cookies to ensure that we give you the best experience on our website. If you continue to use this site we will assume that you are happy with it.Ok