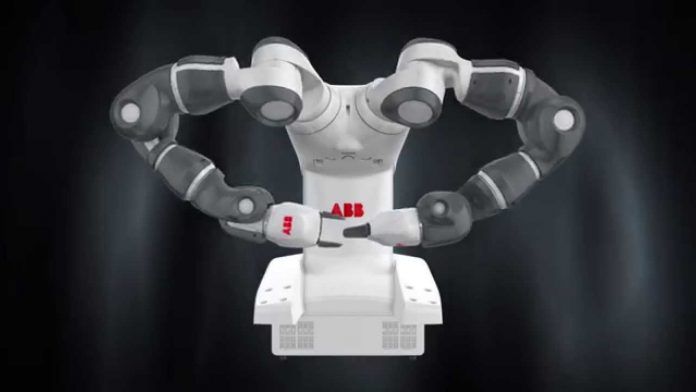 Swiss company ABB made new strides towards the AI generation recently when their automaton, YuMi, demonstrated that it could successfully conduct the Lucca Philharmonic Orchestra as well as the opera singer, Andrea Boccelli at the Tuscan theatre.

The robot itself consists of surprisingly minimal design. It does not have legs, or any unnecessary features, but is rather just a small unit with two arms that is placed on a table. Yet the unit itself possesses enough technical prowess to be able to successfully hold a conducting baton, with one arm, and to gesture towards musicians with the other.

YuMi successfully demonstrated the possibilities of AI generation technology when it conducted the piece La Donna E’ Mobile alongside world class musicians. This was done as the grand finale of the first ever International Festival of Robotics that was held in Pisa, Italy this year. In total it took the team of developers 17 hours to teach YuMi 6 minutes of music.

In order to train the robot, developers programmed it to learn the arm movements that a human conductor would perform. This vast array includes gestures that indicate tempo, volume, as well as gesturing towards certain instrument groups or the singer in question.

Most people involved in this feat admitted that it was a difficult and time-consuming process. Andrea Colombini, conductor of the Lucca Philharmonic Orchestra expressed what a frustrating process it was, especially when the robot would get stuck and would take 25-30 minutes to reset.

YuMi was able to lead an entire orchestra and singer. Most musicians could follow the robot quite easily. Yet most people are not convinced that a robot could take a place of a human conductor.

Musicians maintain that the physical body movements of a conductor are just too vital to music to be replaced by a stationary robot. Physical movements and some human passion are able to reflect in the music in a way that a preprogrammed robot cannot. While YuMi can very successfully lead an orchestra, it cannot perform subtle acts of improvisation and anticipate contingencies the way its human counterpart can.

Colombini echoes this statement and said with some conviction that there is no way that a robot could ever take over the role of conductor entirely.

Despite skeptic attitudes, YuMi still remains a large achievement for ABB and its team of developers. This is the second attempt of a robot conducting an orchestra. Following Honda’s robot, Asimo, who tried to conduct the Detroit Symphony Orchestra in 2008. This proved to be a failure due to limited arm mobility. But with YuMi’s latest achievement, the world could truly experience what is possible with AI technology.

Mars-Exploration Drones Are Being Created By NASA

November 24, 2015
We use cookies to ensure that we give you the best experience on our website. If you continue to use this site we will assume that you are happy with it.Ok