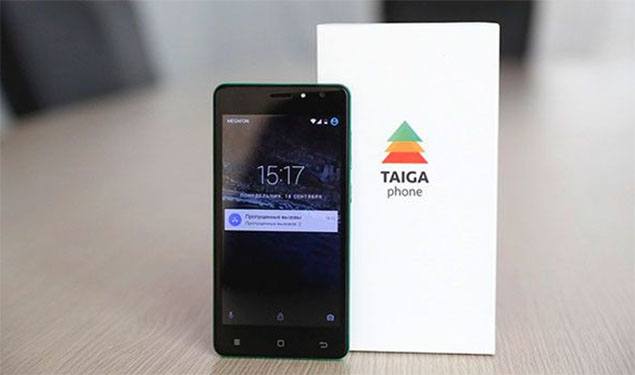 InfoWatch developed the world’s first surveillance-proof phone that will be available for purchase soon.

Russia’s InfoWatch recently developed a new smartphone which will offer its users powerful surveillance-proof tools. InfoWatch started out as a project of the prominent cybersecurity firm, Kaspersky Lab and consists out of several high-profile IT companies. InfoWatch is owned and led by Natalya Kaspersky, a prominent Russian entrepreneur.

The TaigaPhone will cost around 15,000 Roubles ($260) and will be manufactured by Taiga Systems. Taiga Systems also forms part of InfoWatch.

According to Natalya Kaspersky, the phone was developed with the corporate market in mind. A release date for the TaigaPhone has not yet been confirmed, but according to InfoWatch’s website, the phone is currently in its last stages of production.

InfoWatch representative Grigoriy Vasilyev stated that over half of data loss in Russia happens on smartphones. InfoWatch hopes to change that with the TaigaPhone.

InfoWatch has confirmed that the phone is able to keep users’ data safe, track the location of devices to discourage theft, and to eliminate the possibility of data leaking.

Bloomberg has reported that the first 50 000 TaigaPhone handsets will be manufactured in China and given directly to state-owned Russian company employees. The phone’s internal software is also able to prevent any installed apps from collecting information.

An InfoWatch Facebook page described the phone as a “totally surveillance-proof smartphone”, however, little details and specifications have been made publicly available.

Taiga Systems does have its own brand of mobile security software called “Taiga Mobile Security” which is available online as a smartphone app. It is still unclear whether this security software will be included in the TaigaPhone. So far, it is believed that the phone uses a modified Google Android OS.

According to Taiga Systems’ website, their security software is the first ever Russian system which offers a user guaranteed full protection against spyware, malicious software, and data loss.

However, Taiga System’s privacy policy has raised some concern and critique over where the data of the user ends up.

InfoWatch has been tight-lipped both about the specifications of the smartphone, as well as the largest attraction: the security services.

Russian citizens have grown increasingly suspicious of Russian government surveillance. Understandably so, especially considering that the Russian government has started to demand that security “backdoors” need to be installed in security software for the benefit of Russian intelligence agencies. This demand would presumably also be used to easily access and store domestic communications.

Concerns over Russian surveillance has spread far beyond its borders. Attempted Russian interference in the 2016 US electoral campaign has recently revealed. Since then the American government has taken up cyber arms against Russian intelligence as well as Kaspersky Lab. Co-founder of Kaspersky Lab, Eugene Kaspersky is currently at the head of American efforts to expose any suspicious Russian activity.

The TaigaPhone, if successful can help improve all users’ online activity against increasingly invasive surveillance tools employed by both governmental agencies and large corporations.

February 26, 2016
We use cookies to ensure that we give you the best experience on our website. If you continue to use this site we will assume that you are happy with it.Ok