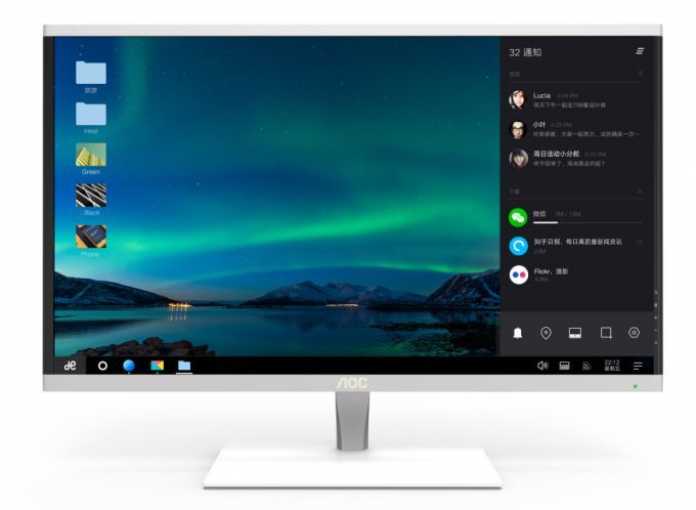 Remix OS is an operating system based on Android SDK that is working like a normal desktop OS. The company responsible for the development of Remix is a China-based Jide. They basically took Android, added numerous changes enabling it to be used with mouse and keyboard, and now they are close to releasing the first PC that will be powered by Remix OS.

What is Remix OS

Basically, Remix is a heavy modified Android OS. Jide added many tweaks, most important ones are keyboard and mouse compatibility. Other notable feats are the ability to multitask, open multiple windows, a taskbar that is very similar to the one on Windows, automatic update system, notifications, and the compatibility with Goggle Play Store. All those options give Android a few new tricks making it a perfectly usable desktop OS.

There are even keyboard shortcuts enabled, just like on Windows, making you more productive. OS itself has solid optimization meaning that’ll work even on middle tier ARM CPUs. It even supports Microsoft Office, and notifications are embedded in OS, placed on the right side of the desktop. They can be easily called with just one click. There are even a Start Menu and System Tray making your potential move from Windows to Remix as painless as it could be, but only in case you’re not a gamer because only games supported are those that can be found on Google Play or some other Android app store, like Amazon. The only potential problem is that Google Play Store isn’t fully supported yet, but it can be sideloaded, so even if it doesn’t come preinstalled, it can be activated.

The main difference from the Chrome OS is that Remix OS is not a web-based system; all of your apps, data, and features are installed on local storage, so basically you don’t have to be connected to the internet in order to use it. This feature can make the new OS more popular than Chrome OS; Jide just needs to promote it in the right way. If you want you can download the OS and try it out yourself on this page.

Jide decided that a perfect first step would be a release of AIO (all-in-one) PC on which Remix is preinstalled. For that to happen they had to work together with a Chinese hardware manufacturer named AOC. They made Mars, the first PC featuring the new OS.

The first Remix OS PC design is modern, with sharp edges and dominant white color. IT looks like a combination of a Mac and some other modern Windows AIO PCs. All components are tightly packed inside the monitor, and since CPU is ARM based, they all fitted without any problems.

Mars AIO PC is based on a 24-inch 1080p display, good enough resolution-wise, but without any ‘wow’ factor. It has 2GB of RAM, a 64-bit ARM Cortex A53 chip clocked at 2GHz, and a choice between 16GB or 64GB of storage. All of this doesn’t sound so powerful, but since Remix OS is basically a modified Android, most of the time you won’t need a stronger hardware; but, since one of the main selling points of Remix OS is the ability of multitasking, adding at least one more gigabyte of RAM would be nice.

Mars also features a two HDMI ports, four USB ports, and one Ethernet port. The device will be first released in China, but it is not clear will it be available in other markets. Jide first wants to make itself visible to China’s enterprise market so this move isn’t surprising; we could see some other Remix OS PC in the future, but Mars will probably stay inside China’s borders.

Remix OS has a potential of becoming popular in some market segments, especially those that are in need for inexpensive computers capable of running Office package, and some other apps that work with documents or enable easier communication between workers. With that in mind, if the price is right, Jide could have a winning card in their hand. The only problem is that Google services aren’t really supported in China, meaning that many Android features could leave unused; until that’s solved Remix OS will never fulfill its potential unless Jide decides to enter other markets. Only time will tell.

IBM Opens Up its Quantum Computing System with the Release of...

January 15, 2019
We use cookies to ensure that we give you the best experience on our website. If you continue to use this site we will assume that you are happy with it.Ok