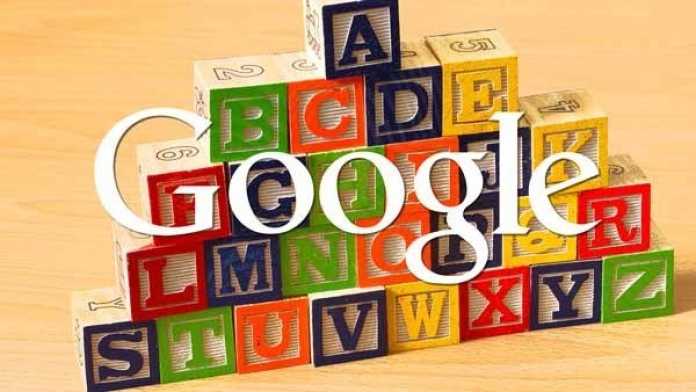 Google has purchased one of the longest domains available on the World Wide Web. The procurement of abcdefghijklmnopqrstuvwxyz.com means to secure the matching URL of its recently found holding company Alphabet Inc. whose original domain is abc.xyz.

Google does not take any chances when it comes to securing patents, trademarks, web addresses and even their aliases. Alphabet, as the name indicates, must in each and every way represent things from A-Z, which is why ownership of abcdefghijklmnopqrstuvwxyz.com became inevitable for the tech company.

Previously, all the products and services provided by the search engine were embedded as a subdomain to google.com (maps.google.com drive.google.com, keep.google.com etc.) but after the introduction of more diversified aspects as Calico, Android, YouTube and Google Ventures; the Google had to step outside the boundary of its public URL.

According to the Domaininvesting.com, the abcdefghijklmnopqrstuvwxyz.com was first created in 1999, which is now registered by Google under Whois records. The exact amount paid to buy the domain is, of course, classified, but we can all imagine what Google would be willing to pay to get what it wants. The long domain will assumingly redirect the traffic to abc.xyz.

If some of you haven’t tried already, currently the long domain doesn’t lead to anywhere and frankly, no one would be interested in typing in the long web address to get to Alphabet, which for the moment doesn’t hold much info except Larry Page’s blog post.  But now that Alphabet has blah-blah address, are they going to try to buy other aliases, including alphabet.com as well? The answer is yes, but there is one little problem.

While less valuable ABC domains (.net/.info/.org) are privately registered by other owners who may give them up for a good price, but convincing BMW to sell  alphabet.com is not going to be easy and certainly not a very cost-efficient. Similarly, abc.com is also doing very well and may not seem all that excited to sell its perfect domain.

Google is known for its frenzy to chase after patents, launch new companies and drop unprofitable ones without giving it much thought or caring about the free users.  Now as Dad Alphabet taken over things, Google has more opportunities to work in myriad fields of life under parent company’s flagship. Thus, Google’s going to need more domains.

Anyway, gain or no gain, congratulations Google, abcdefghijklmnopqrstuvwxyz.com is yours! In more interesting news, the company who is so head over heels to get new domains almost lost Google.com for $12.

Two Ships will Soon Become the Largest All-Electric Vessels in the...

Nine Top Technology Websites Out There!

May 9, 2014
We use cookies to ensure that we give you the best experience on our website. If you continue to use this site we will assume that you are happy with it.Ok