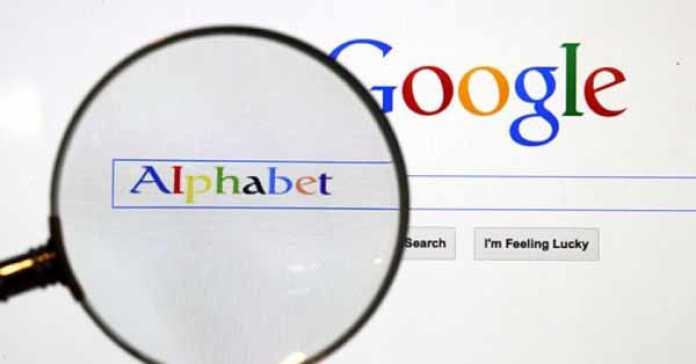 Google has completed its reorganization into the newly found parent company. As of 2nd October 2015, Alphabet is the official holding company of the search engine and its subsidiaries, including Calico, Google Ventures, Google Capital, Google X, and Nest Labs.

How Big G’s adoption by Alphabet is going to change the guidelines at Mountain View?

For starters, Google’s has already replaced the old logo with a new more vivid one. A 17-year-old convention snapped away just like that. Next Larry Page relinquished his position as CEO and transferred the privileges to Sundar Pichai, and finally announcement of the new range of electronics from Google including Nexus 5X and Nexus 6P mobile phones which were simultaneous launched with Android’s 6.0 version, Marshmallow.

Larry Page is now CEO of Alphabet while Sergey Brin Presides of the conglomerate.

Alphabet Inc. replaced Google Inc. and inherited all its shares.

Alphabet is not carrying Google’s famous ‘Don’t be the Evil’ motto in its Code of Conduct. This means a lot and shows that the successor entity is at more liberty to perform certain ventures.

Google Child companies are now subordinate to Alphabet, with Google being the biggest subsidiary.

How Did It All Began?

The announcement first came on this year’s August 10th, as headlines around the world overwhelmed the internet that Google Inc. was going to formulate Alphabet Inc. as its housing company. The news was published on Google’s official blog by the then CEO Larry Page, which left no space for rumors or doubts that it was going to happen.

Google is a giant enterprise, the update had a hammering effect on the experts around the world who failed to outline why would Google made such a move, why now of all the times? Larry’s explanation was brief and curbed down upheaval in the blogosphere. However, the actual implications are really a far cry from what appears on the surface.

How Would Alphabet Benefit The Founders?

Larry Page’s Blog clearly indicates that they are diversifying and Google as an internet company was not sufficient enough to accommodate the future ventures its leadership has in mind.  This is our first clue, the Alphabet might be on a collision course with some companies and may acquire them. Twitter and Impossible Foods has been the most prominent names in the hearsay, but nothing is for sure until it comes out from the Larry’s own mouth.

Page and Brin are passionate people, filled with uncontrollable ideas. Theirs is one of the most ambitious and productive partnership we have ever seen that changed the way we people look at the internet. With the creation of Alphabet, Page has expanded his area of influence, leaving management-oriented tasks on the shoulder of subsidiaries, consequentially earning more time for creativity.

They did a fantastic job raising Google, from a seedling to its current empire status. However, as Larry also emphasized in the opening line of his latest posts that ‘Google is not a conventional company.’ We have witnessed these words manifest as the duo took insane ventures like YouTube, Google Map, Chrome and Android. None of this would have happened—had Google leadership kept themselves busy in just management and administration.

They have already launched some of their visions through wings like Nest Labs (smart home products) Calico (research on longevity of life) and Google X (mysterious moonshot projects) Google Ventures (Investment) and Google Capital. For Larry Page and Sergey Brin, bossing around and enjoying a luxury life isn’t an easy job; they always find ways towards innovation and Alphabet is their master key.

How would it change Google?

In Page’s own words, “This newer Google is a bit slimmed down, with the companies that are pretty far afield of our main internet products contained in Alphabet instead.”

Slimmed down indicates that the scope of companies that Old Google previously nested was clearly out of its scope. So the New Google will limit itself to the internet and software base. The 2nd major change for Google is Sundar Pichai as CEO, who is the right person run the search giant? Yes, says Page, in his blog he has actually commended Pichai in nicely packed phrases.

Alphabet Inc. is the public face of what we previously saw as Google Inc.  This interprets that all Google shares now belong to Alphabet without a change in numbers or rights. However, the enterprise will continue to use GOOGL and GOOG for its trading identity at NASDAQ.

What Can Alphabet Do?

To answer in short, sky is the limited. Under the umbrella of Alphabet the offices at Googleplex get more C-suite opportunities, a broader range of profitable acquisitions and transparency of investment for Wall Street.

We are only scratching the surface; the true potential of the giant conglomerate will be realized in coming years. It’s hard to predict what ideas are cooking in Larry’s mind, but we do know that unlike Google, Alphabet Can Be The Evil.

March 12, 2017
We use cookies to ensure that we give you the best experience on our website. If you continue to use this site we will assume that you are happy with it.Ok