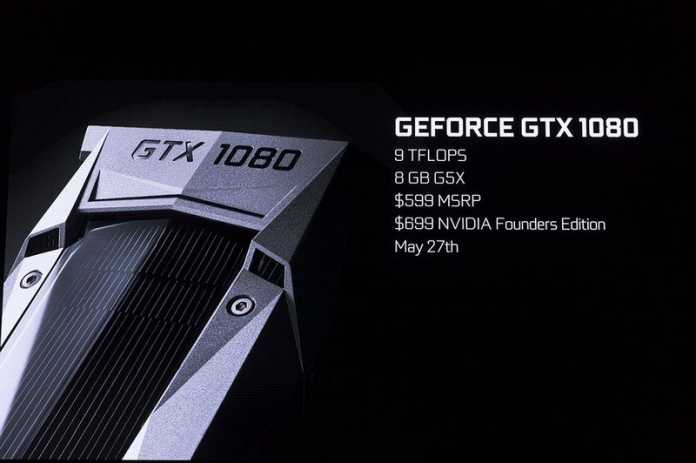 After many waves of rumors and leaks, Nvidia Finally revealed a new generation of GeForce graphic cards at an event in Houston two days ago, and both cards that were shown are insanely powerful. Aside from the beastly level of performance, GTX 1080 and 1070 are less power hungry and are made in new 16nm FinFET production process.

Pascal For The Win

The architecture on which new cards are based is called Pascal and it offers plenty of interesting features. Full DX 12 support, better VR support that will bring a big jump in performance when cards are used for VR; also, as we already mentioned, Pascal architecture brings 16 nm production process, which will guarantee faster clocks for both GPU and video memory and decreased power consumption, something that’s expected when you shift towards smaller-size transistors.

Another interesting new feature of Pascal architecture is the simultaneous multi-projection technology, allowing owners of dual (or triple) monitor systems to see the image the way it’s supposed to be. Today’s multi-monitor configurations suffer from visual distortions that are visible on peripheral monitors, but with Pascal, those distortions should be gone for good. We have to mention better support for VR again since this could be a major selling point for the new graphic cards, especially GTX 1080. Nvidia worked very hard to enable better, smoother VR experience and they did it. Aside from increased performance when using VR software, Nvidia showed a VR Funhouse experience, a real showcase of new technologies that will push VR up a couple of steps. In combination with GTX 1080, VR Funhouse experience is truly a sight to behold, and it shows what VR could look in the future. Amazing graphics and insanely natural physics tell us that VR is the future of gaming, especially when coupled with GTX 1080.

The best thing is that Nvidia open-sourced the game, in order for developers to see how Nvidia managed to build it, allowing them to make similar VR games. VR Funhouse is compatible with HTC Vive and should be available soon on Steam.

GTX 1080 really is a magnificent graphics card. It packs 8 gigs of insanely fast GDDR5X memory, with working frequency of incredible 5.5 GHz, while GPU is running at 2.1 GHz. Numbers worthy of respect. GTX 1080 is also a relatively cool card. Despite the fact that GTX 1080 only has air cooler, the card stays below 70 Celsius mark even under heavy load; max temperature it reaches is 67 degrees Celsius. It has a total power of 9 Teraflops, and memory bandwidth of 320GB/s, if bus width of 256-bit is used, which is likely.

And it’s powerful, in fact so powerful that it easily outperforms two GTX 980 cards in SLI configuration. During the event, guys from Nvidia showed some new and upcoming games running on GTX 1080, like Paragon, The Division, and Rise of The Tomb Raider; all of them run well above 60 fps shoving that Pascal architecture really brings performance boost needed for running games on max details in 4K resolution with a single graphics card, but for real life results we must wait for card to becomes publicly available.

When talking about power consumption, new 1080 card has a humble TDP of 180W, 70 watts lower than the beastly Titan X. The price is also relatively affordable; the new GTX 1080 will be sold for $599, a fair price for the performance it offers. The card will also be available in a founders edition that’ll allow higher overclocking results and will keep the card even cooler; the price of founders edition is $699, and it will be sold directly by Nvidia. The card will be available from May 27.

Although its more powerful brother was at the center of the stage, GTX 1070 also offers plenty of power for only a fraction of the price of GTX 1080. GTX 1070 also outperforms $1000 Titan X, it also has the boost in performance when running VR software, and it has TDP of just 150W. Total power is 6.5 Teraflops, almost the same as on Titan X (which has a power of 7 Teraflops). The card has 6 GB of GDDR5 video memory (GDDR5X is reserved only for GTX 1080), plenty for both 1080p and 1440p resolutions, meaning that GTX 1070 will be the first midrange card that offers full experience at 2.5K resolution. It seems that 1080p resolution will slowly disappear, at least on PC. The price will be $379, and for that price GTX 1070 could become the best choice for gamers; almost 50% cheaper than GTX 1080, more than enough for 1080p or 1440p resolutions, with low TDP and bumped up performance with VR apps, the 1070 looks like the best midrange card from Nvidia ever since famous GTX 8800 GT. The card will be available from June 10.

Nvidia managed to make a true revolution in both performance and power savings with the new generation of GeForce graphics cards. GTX 1080 will hold the throne of the most powerful single-chip graphics card at least ‘till the end of the year. Although AMD has yet to reveal their new cards based on the new Polaris architecture, it seems that Nvidia will be this year’s winner; AMD will hardly make a card that’s more powerful, instead, they will probably make more power efficient card perfect for laptop GPUs.

As for GTX 1070, it will probably have a bright future; great price tremendous performance for its class and better support for VR are all probable reasons for buying one. Nvidia should reveal the rest of the lineup by the end of summer and it will be extremely interesting to see if they have some more surprises upon their sleeve; if they manage to pack enough power in the lower-mid-tier GTX 1060 (A possible name) to enable it to run games in 1080p on max details, Nvidia will crush AMD in 2016.