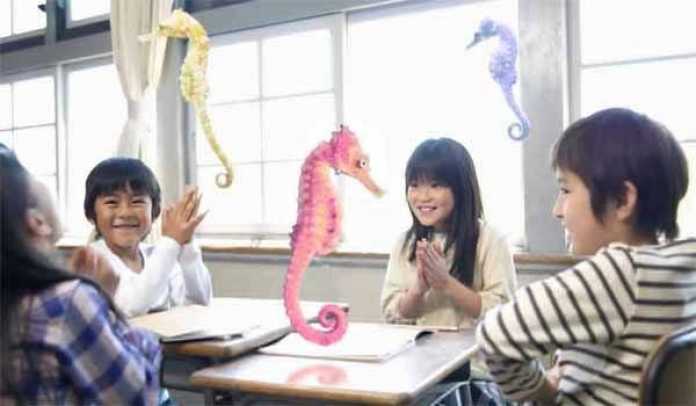 Microsoft HoloLens has a new challenger, but a very secretive and formidable one. It is a billion dollar plus startup called Magic Leap which is bringing an alternate version of Augment Reality it likes to call Mixed Reality. So VR, AR and now MR, this is clearly an explosion of realities. The breaking of secretive and mysterious MR technology has raised many questions, we will try to answer them deductively, based on the available facts and trends.

What is Magic Leap?

This question today is as puzzlings as “What is the Matrix” was during teaser days of the movie. And just like The Matrix, the truth is, no one really knows what Magic Leap is, you have to see it for yourself. You must wait possibly a few years before the startup finally brings its Microsoft HoloLens “killer” to the public view.

For now, I’m sure even the company hasn’t decided what the its MR eyewear could or should look like, or if they are even goggles like its competing VR and AR its contemporaries. If you still want a premature answer for what is Magic Leap; Well, it’s a startup company and the name for its potential cutting-edge device that will alter your reality.

We do have a few videos from the Magic Leap that fairly try to describe MR technology is something similar to Microsoft HoloLens. But when you include a photonics lab (Magic Leap’s experimental lab to test properties of light into the picture), this relation suddenly seems distant because that is exactly what is happening here. The MR technology uses a very special type of engineered glass that it hates to hear anyone call lenses.

How does Magic Leap work?

“The Brain is like a graphics processor and we basically try to clone its signal—we made a digital version of that and we talk to the GPU of the brain,” Magic Leap CEO Bony Abovitz told Wired in an interview. He further explained that the vision of Magic Leap is driven by a transparent 3D chip with a complex internal framework that manages the flow of photons through it to create the ultimate digital light signal that our brain perceives as an object in the space.

All the Mixed Reality secrets of Magic Leap are hidden in the amazing photonic properties of this chip. The purpose is not just to create hollow objects in the space, but to copy brains’ light signals and trick it into thinking that digital field signal transmitted by the device are a part of reality. So rather than displaying images on the glasses or projecting them out into the world, the projection is directly focused onto the wearer’s eyes.

What is the difference between Augmented Reality and Mixed Reality?

The way I see it, Mr. Abovitz didn’t have to create the term ‘Mixed Reality’ to represent Microsoft’s HoloLens like technology which is already described by ‘Augmented Reality.’ Possibly, this is because the CEO of the newfound company is confident that their version of holography is more advanced to be hash-tagged #AR.

Another way of putting this is that Magic Leap is determined to science the hell out of holographic technology by implementing how our brain differentiates real from imaginary. Everything you know about reality is believable because the brain is projects images in a coded sequence that go to a certain part of the brain which visualizes the material world. Brain’s perception of real world takes place through signals that travel through wires (nerve fibers) and that’s where we can interfere.

Now consider that your brain is a screen. This brain-screen displays a movie from a desktop computer via HDMI. Now the HDMI cable is switched to a laptop playing a music video, the brain screen will instantly display the music video from laptop’s screen without any issue because input signals both from the desktop and the laptop are the same and use HDMI port.

Similarly, Magic Leap has created something called ‘Digital Lightfield Signals.’ These artificial holographic signals mimic the actual brain signals (responsible for sight) and projects them to your eyes. So unlike HoloLens, the Lightfield Signals of the photonics chip are more than just holographic projections.

How Does the Magic Leap Experience Feels?

“It was incredibly natural and almost jarring — you’re in the room, and there’s a dragon flying around, it’s jaw-dropping and I couldn’t get the smile off of my face,” Thomas Tull, CEO of Legendary Pictures, told the Wall Street Journal. This was 2 years ago, the MR technology must have evolved a great deal by now so we can only suppose it would be as magical experience as its name.

If you would still like to imagine more, then recall your experience of virtual reality. Now suppose if you are permanently stuck into VR world. Sounds dreamy, doesn’t it? The Digital Lightfield Signals have been mastered to betray what there is and what your eyes see. This is going to be like one of those hallucinating GIFs that leave an aftereffect on your vision.

Will this Technology Succeed Succeed?

We are already too late to ask that question. Magic leap had already begun ascending back in 2014 when Google led a $542 million dollar investment, the same year Qualcomm, Kleiner Perkins, Andreessen Horowitz, and Legendary Pictures (which has made movies like Godzilla and The Dark Night) also funded their contributions to the project.

Let’s be clear, we haven’t been there, it’s all been a big secret until a Wired article broke the ice. But those who have flown all the way to Magic Leap offices in Florida have returned satisfied, including executives of Google, Legendary Pictures, and Alibaba, who invested $794 million in the magical project dollars earlier this year. Additionally, several gaming studios are already in talks with the company. In short, it is going to be a tremendous hit.

Why so much Secrecy?

It is all happening under the hood, which is natural because no tech company would want spoilers to ruin dramatic entrance of their products. A few sneak shots of an upcoming car, smartphone or game really does spoil the fun for everyone. But here is the thing we don’t understand: startups need more attention to kick start their projects, why is Magic Leap acting differently?

Nearly all of the projects on crowdfunding sites keep their investors and inquisitors updated on the progress from day one. So how did the Abovitz managed to attract a multi-million dollar investment without marketing his product? Perhaps Magic Leap has really achieved a remarkable milestone and it may be the breakthrough technology everyone is looking for.

Microsoft HoloLens is already shipping dev kits but Magic Leap doesn’t seem to be in a hurry. It could take the startup 2-5 years before the HoloLens rival is finally rolled out as a finished product. While HoloLens will also evolve over the time, the photonic glasses of the later are expected to completely change the future of visual computing. It is going to be a marvelous platform for movies, games, creativity, and everything!

Nine Top Technology Websites Out There!

May 9, 2014
We use cookies to ensure that we give you the best experience on our website. If you continue to use this site we will assume that you are happy with it.Ok