The humans have been fascinated by Mars for ages now, and it all started way before we discovered that we could actually visit other places outside of our own planet, like the Moon, for example. Mars has inspired so many Sci-Fi movies, books and anything in between, and for years now, we’ve dreamt of setting foot on the red planet. And so, decades of research, scientific breakthroughs, determination, and effort have finally given as a chance to do so.

A mandate for NASA was issued by the US President Donald Trump on March 21, and their new job is to get people to Mars by 2033. If anyone thought it can’t be done, they were proven wrong only one week later, when NASA actually responded and presented the most detailed plan for achieving this great feat that was ever made. The plan has five phases that will finally get humans to Mars.

Currently, we’re in the Phase 0. At this time, tests are being conducted at the ISS (International Space Station), and NASA is working on creating partnerships with private space agencies. The first phase, or Phase I, will be conducted between 2018 and 2025. During this time, six SLS rockets will be launched and tested, and their job will be to deliver components to the DSG (Deep Space Gateway), which is another space station which is to be built near the moon. This one is supposed to serve astronauts on their way to Mars.

Phase II will be conducted between 2027 and 2030, and during this phase, a DST (Deep Space Transport) tube will be launched toward DSG. During this phase, astronauts are going to live inside the tube for 400 days (2028 and 2029), and in 2030, Phase III will start. This Phase will restock DST with necessary supplies, and the Mars crew will arrive as well. Finally, Phase IV will be one of the most important trips in human history, when humanity will land on the Red Planet. All of this is expected to be done in the next 16 years.

This might turn out to be quite a challenge for NASA, especially when we consider the budget that they have to work with since it’s about .5 percent of the total US budget. This might seem like a lot, but it’s really not that much for a mission of this size, and just for the purpose of comparison, the Apollo missions had 4% of the budget.

This will be an extremely complicated mission, and the most important part will be keeping the astronauts healthy and happy during the journey. It’s estimated that the trip will last for two or three years and that the crew will have to take everything they’re going to need with them, and that includes food, water, and even air.

One of the biggest concerns will be the mental health of the crew, since they’ll be on the tube for years, with no way of turning back after leaving the Moon station, not even in the case of an emergency. And of course, what’s a space project without a competition that’ll turn it into another space race. This time, SpaceX and Boeing are also trying to arrive at Mars first, and SpaceX has even decided to try and get there in 2022.

The competition might prove good for the project, and it might even work out some of the problems that NASA is struggling with. Whoever gets there first, the most important thing is that humans are finally going to Mars, and soon. 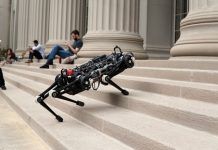 US Navy to Use Xbox 360 Controllers in Warfare Submarines

September 19, 2017
We use cookies to ensure that we give you the best experience on our website. If you continue to use this site we will assume that you are happy with it.Ok