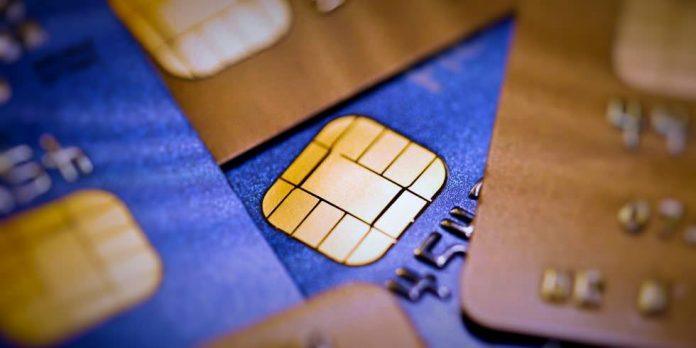 A new plan is being considered in the UK that could tackle online fraud far more effectively than the present. Major banks are discussing using debit and credit cards with a tiny computer screen which would change the security code on the back every hour. At the moment, the CVV or CVC number is an unchanging three-digit code, but this hourly change proposal is in the hopes that card fraud can be halted somewhat. In the UK alone, consumers lost a staggering £618 million in 2016 due to card fraud, according to data from the FFA UK (Financial Fraud Action).

The plan, which is already being trialed in France, is not without some flaws, however. If fraudsters were still able to find out the card details, they could spend for up to an hour before the code changes. This would still be a big improvement as the hourly change would no doubt limit the fraudulent payments, which are often made due to simple human errors, such as unwittingly giving details to scammers.

Card technology has come a long way, but this new plan for the hourly CVC change is definitely a vital step in the right direction. Katy Worobec, Director of the FFA UK says that to limit card fraud, everyone involved in the card payment chain needs to be vigilant and smart about keeping details secure:

“The payments industry can’t stop all fraud on its own, so it’s essential that every organization with a role to play unites to tackle it. We are particularly working with law enforcement and government, through the Joint Fraud Taskforce. It’s also vital for any organization holding personal data to ensure they have robust systems in place to prevent data breaches,” said Worobec.

Despite Worobec’s words and a general consensus that personal data should be kept protected, there are still many people who either disregard safety tips or aren’t even aware of keeping their information safe. In 2014, a Twitter user uploaded a photo of her brand new debit card (without any censorship), and even more wildly, told everyone her CVC number when other users asked for it. Safe to say, no one was surprised when there were further Tweets about money mysteriously disappearing from her account.

This sort of basic negligence isn’t uncommon in 2017, as considering the £618million figure mentioned earlier, card fraud is a massive problem to deal with for the future. Some companies are attempting to help internet users stay protected, as Norton’s online security software is supposed to combat phishing attempts and other basic threats, but time will tell how attentive everyday folk can be, even if the changing CVC code does get introduced.

Common methods of your bank details getting stolen

There are several ways that fraudsters will try to steal your data, but here are the most frequent.

Tony Blake, a senior fraud prevention officer at the Dedicated Card and Payment Crime Unit, spoke of ways to prevent this crime:

“Fraudsters are often extremely professional, so it’s important that you stay alert and guard your personal and financial details. Always take a moment to consider carefully any requests for your information and never disclose your security details, such as your PIN or full banking password,” said Blake. “Criminals will do all they can to scare and pressure you into acting quickly without thinking. If you are ever the slightest bit unsure, put the phone down or don’t reply to the text or email. Instead contact the organization on a phone number that you trust, such as the one on their official website.”

Marketing of the Future: 5 Awesome Tech Tools for Marketing

6 Uses of Information Technology in Education

December 2, 2012
We use cookies to ensure that we give you the best experience on our website. If you continue to use this site we will assume that you are happy with it.Ok