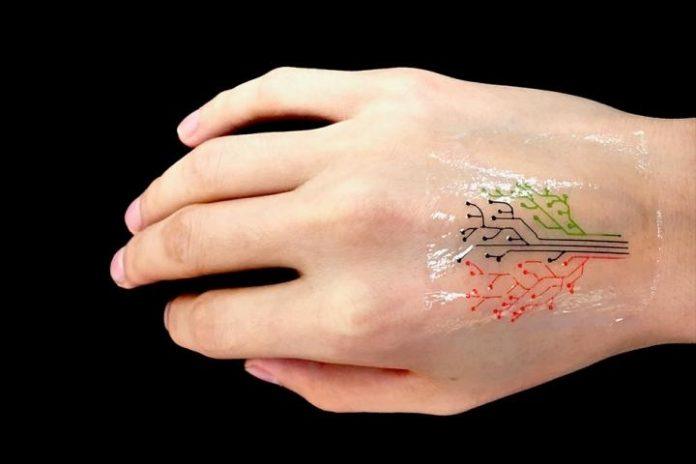 In an effort to create an alternative method for diagnosis, a Switzerland-based research group has developed what is essentially a new type of tattoo that appears in the wake of particular biochemical changes in the host body.

A large number of cancer patients suffer from hypercalcemia; the calcium levels in the body are greatly increased as the system is battling the disease. Hypercalcemia also occurs with other illnesses as well.

Scientists at the Department of Biosystems Science and Engineering of ETH Zurich have published their findings on Wednesday. Headed by Dr. Aizhan Tastanova, their study details how the scientists used a method called cell engineering in order to create sensors that react to high concentrations of calcium in the body. Using bioengineered cells, the team constructed a small implant that could produce melanin. If the implant detects a high-enough level of calcium in the body, it constricts, which results in a mark on the skin similar to a tattoo.

So far, the implants have been tested on the skin of a non-living pig and on living mice. The animals had cancerous tumors in the breast or colon, resulting in high calcium levels. The control group consisted of individuals with tumors, but they were not hypercalcemic.

The research team’s hypothesis was that the implant would only produce melanin on the animals with hypercalcemia and that it would not react to the individuals of the control group. The hypothesis was proven correct when small tattoos appeared on the mice that had high levels of calcium.

If implemented in standard medicinal practices, these engineered cells could greatly help in the timely diagnoses of malignant tumors, and in the early detection of hypercalcemia. As the researchers note, the implants are a non-invasive way to detect the tumors and also monitor a patient’s response to treatment.

Earlier this April, scientists at the University of California, San Diego, published a paper detailing their research on a new sub-dermal implant. They engineered a chip that sits under the skin and is able to power itself. The chip is programmed to monitor the alcohol blood levels of the host. If refined to detect other substances as well, this new piece of technology could be used in rehabilitation centers and programs.

15 Coolest Office Gadgets to Boost Your Morale at Work –...

The Evolution of the Smartwatch

April 5, 2017
We use cookies to ensure that we give you the best experience on our website. If you continue to use this site we will assume that you are happy with it.Ok