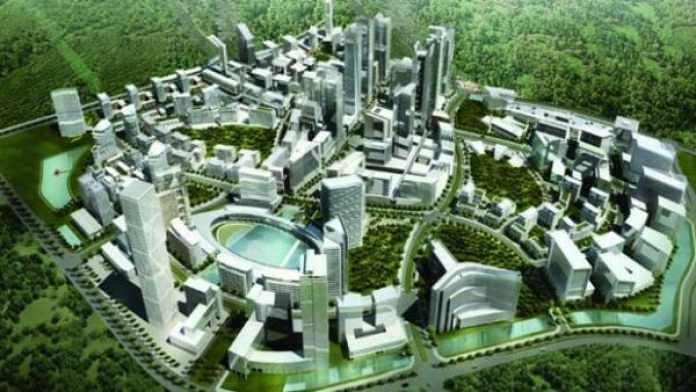 Term “Smart City” is getting more and more popular. From humble beginnings where term “Smart” meant a phone which has its own advanced operating system, “smart” is much wider now. It is given to products and technologies that should ease up life and make daily jobs like shopping and taking out the trash obsolete. The definition of smart cities says that smart cities are

cities that use information and communication technologies to deliver services to their citizens.

Of course, this definition doesn’t cover all aspects that make a city smart. There are much more variables that should be included in the formula, like the waste disposal/renewal technology that is used, or the technologies used for water management, among others. So when we talk today about smart cities we talk about closed city-level communities that are easing everyday life for people living in them,  bringing city management to a greater level and have a low level of environmental footprint. When we account all these variables we get a list of some of the smartest cities in the world. Stay with us and find out which ones are included in our smartest city list.

Yes, the first city in this list is Vienna, a relatively small capital of Austria. The city is not as small as you think it is. Vienna has more than 1.7 million people living in it. The city is one of the greenest cities in Europe, and in the world in general. Currently, more than 15% of the town energy needs are gained from renewable sources. Vienna is also among the cities that have the highest quality of life. Europe’s largest biomass power plant is located there and more that 90% of residents have comfortable access to public transportation. All new buildings have to pass rigorous low-carbon emitting requirements and green oases are more and more prominent. All of this makes Vienna a worthy contender for the title the smartest city in the world.

This city is probably not a surprise at all. After all, San Francisco’s  Bay area is generally is the center of US software industry and we know that majority of IT workers care about the environment. Further, San Francisco is always at the top of the “best cities to live in” lists. Internet of things is exploding there; city government is trying to rapidly lower carbon emissions, as well as to eliminate waste completely by 2020. Public transportation became smart; people have immensely easy access to public transport. As the show of their honesty and persistence in making the city as smart as it can be, city officials allowed developers and companies to help them in bringing more innovations to San Francisco. San Francisco is almost 100% covered with high-bandwidth internet, an important feat if wanting to speed up city’s development. All in all, San Francisco is by all means one of the smartest cities in the world.

The unofficial capital of the world did many things in order to become smarter and more people friendly.  New York is aiming to be one of the most tech-friendly and innovative city in the world, and that vision is becoming more and more a reality. New York is currently building a city-wide Wi-Fi network, one of the pillars of every city aiming to be considered smart. Officials are trying to make companies and developers help them in coming up with the smart solutions, same as in San Francisco. One of the most interesting projects was turning old phone booths into smart hubs containing screens showing news, upcoming events, and more. New York is quickly developing and easing the life of its residents, and if they continue to bring innovations as fast as they are doing now, New York could become the smart capital of the world in just a few years.

Ok, Tokyo is a city that is expected to be in this kind of list. It is one of the biggest cities in the world, the city with one of the highest quality of life in the world, and a city so crowded that going smart is not an option, it is a must. Many IT companies from Japan have HQs there, making innovation a lot easier. Their suburbs are equipped with solar panels, storage batteries and energy efficient appliances in order to lower the consumption of electricity needed by the many. For ten years already, Tokyo is trying to enrich the city with more and more green environments; renewable energy sources are used to a much greater degree than in most other smart cities, especially since the accident in Fukushima’s nuclear plant, a disaster that showed how nuclear energy can be dangerous. Tokyo has great potential and has completely deserved a place on this smartest city list.

Imagine you live in the capital of the smartest country in the world. Sweden is so good at recycling that it doesn’t have enough garbage left to recycle, they are buying trash from other countries because a big portion of the country’s energy comes from recycling. Sweden is the leader in using renewable power sources, they have a healthy economy and standard of living in Sweden is one of the highest in the world. Residents there have access to one of the most advanced public transportation network. The city is a green oasis; more than one-third of the city’s space is covered in trees. Energy saving legislations gives funds to companies that try to save up as much energy as they can. Sewage water is used for heating, waste water is used for making fuel for city buses. Enough said, Stockholm is probably the smartest city in Europe and can even compete with the known big technology behemoths (New York, Tokyo) when it comes to the level of city waste processing, renewable energy using and percentage of city’s surface covered in trees.

This was our list of five smartest cities of the world. Do you agree with us? Is there any city that should enter this list? Let us know in the comment section bellow!

Researchers Discovered that Alexa can be Used for Eavesdropping

May 3, 2018
We use cookies to ensure that we give you the best experience on our website. If you continue to use this site we will assume that you are happy with it.Ok