Religions have always acted against the surge of new values that tend to defy their ideals. Scientists have paid the price of innovations and discoveries with their lives as a punishment in the name of witchcraft, but over the last century, technology and religion have come closer to each other than ever before. The advent of computers and electronics helped reinstate the meaning of innovation in terms where it is more useful to faith than harmful.

When Televisions first arrived, they were criticized as something vulgar. Today, we have a great many religious channels that broadcast their teachings and message of peace across the globe. In a way, telecommunication wasn’t just advancement of technology but it also became the evolution of religious teaching methods, which can be now spread out to more people with greater ease.

Thousands of Christian, Muslim, and Hindu scholars are actively using YouTube to preach their teachings. Simultaneously, CDs and DVDs are serving as a popular method of delivering religious recitals, enchantments, Psalms, and other forms of religious eulogies and poetry.

Technology And Religion: From A Tool To A Need

The young generation is drifting away from Churches, Mosques, And Temples. Religious scholars know traditional strategy won’t work and they have employed alternate methods to keep the pace by creating websites about the Holy Scriptures with voice aid and translation into multiple languages. Today you can easily find chapters from Bible, Quran, and Geeta in mp3 formats and audio books, which are playing an essential in softening the ties between technology and religion.

Developers who remain in close touch with their religion have further promoted the relation between technology and religion by creating gadgets and apps serve as a reminder for prayer timings, show religion-based calendars and important dates about rituals for the people of faith. The Holy places are now completely wired with systems for security monitoring, surveillance, and regulation of equipment.

The Future of Technology And Religion 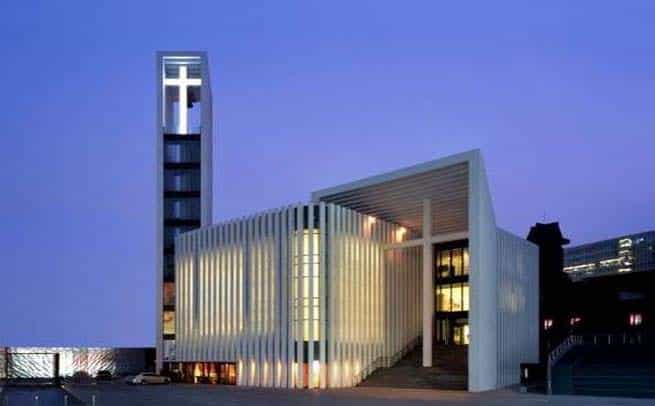 Both seem to be going well along the road, but as innovators are digging deep into the domains of machine vision and artificial intelligence, religions will have to fight harder to explain things in terms of science. This may not be apparent now, but as virtual reality is discovering new facets of reality, religious people will eventually be forced to turn to their scholars for answers.

There are many questions about morality that may not make sense in the future. For example, the imagination is independent of any kind of moral influence that can be forcibly sustained. People are free to think anything they want where it is against the God they believe or against religious teachings. Human-machine interfaces have come close enough to approximation where we can conclude that one day a virtual world like The Matrix will be created for the entertainment of human beings.

Genetic engineering experiments on some animal species have successfully helped extend their lives and we haven’t even started on human beings. If someday, man attains eternal life and human mind itself could be preserved in a virtual state so no kind of physical damage becomes a threat to a man’s existence, what would be the importance God in our lives?

Technology Will Discover The Truth About Religion or Vice Versa

Now there are two options on the table, two possibilities and if one comes out as the winner, the other will automatically become void. If God exists, technological wonders will only help to amplify the depth of our perception to see His signs in the fractals of parallel universe, black holes, worlds within worlds, and many other theories racing to discover the big truth about our existence.

Technology is all about the truth and when patterns begin to emerge from new discoveries, pointing out towards a highly intelligent being, science will be forced to comply and bow to the graces of God. If that did not happen, then we will discover that this entire universe is nothing but a chaos that exists in an infinite dominion of even and odds.

Frankly, I believe even technology and religion aren’t in a fight at the first place, however, the second option will not be able to disqualify the concept of God because it emerges more from the feelings and emotions than from the facts. The division of opinion amongst the religion is a proof that we have missed an important piece of evidence along the history and if the capital HIM is really an infinitely powerful force, then science is only stepping into greater puzzles with every groundbreaking discovery about the origin of this universe.

Technology and Religion Helping the Dream of Globalization

The dream of a global one world where everyone embraces everyone is not possible as the religions are divided on what God is. Maybe it’s time for religion to start seeking the power of technology and use it to dig out unknown facts about the true nature of this universe. Faith has to be tested so the false beliefs, misconceptions, and culminations of one religion against the other can be solved once in for all.

ALSO CHECK OUT: ANDROID THINGS IS A BAKE FACTORY FOR GOOGLE HOME AND BEYOND

A sign of Goodwill has already emerged from the Pope of Venice himself as he declared global warming as an issue that needs global attention, including that from religious scholars. Technology and religion are coming together to a common conclusion that human problems need tackling so future of humanity can be safely ensured and pushed along the continuity.

The only place where the religion completely defeats the innovation is the fact that nuclear weapons are a looming threat to the Earth. Religious battles of the past and bloodshed have done no damage to what a single deathcap of an atomic explosion can render to living breathing cities. What happened in Hiroshima is a smear on the face of technological advancements without a check and balance.

Technology has helped us evolved to a place where we nuclear-armed race poses a threat to humanity and that’s why religion is important. However, we are living in a desperate time where all the religious leaders should come together and help neutralize the threat of a possible nuclear war because politics alone isn’t going to completely diffuse the menace once an angry nation decides to put the finger on the trigger.

Use of Assistive Technology and its Benefits

July 20, 2016
We use cookies to ensure that we give you the best experience on our website. If you continue to use this site we will assume that you are happy with it.Ok