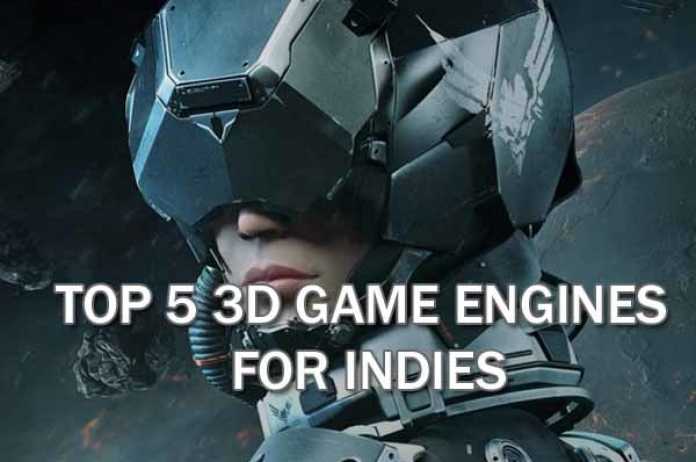 A Game Engine is an infrastructure a video game’s soul rests with, include the amazing animation, breathtaking visuals, FPS effects and keep on counting. In fact, the only components that are not packaged with game engines are textures and objects (3D, 2D models). How these two are put together to make games do what they do is the courtesy of top 3D game engines like Unity, Stingray, Unreal and so many others.

Not just only computer programmers, but artists, engineers, teachers and people belonging to a wide variety of professions are now turning to android and iPhone games to show their skills and reach a wider audience. So if you are one of those enthusiast developers and you are looking to put something on Play Store or Apple Store, chances are that right now you are searching Google for the perfect 3D game engine to begin with.

We are discussing here some top notch game engines that will make your journey easy, but before we start here’s our criteria: Game engines will be selected based on their history, documentation, versatility, ease of use, graphic power and most importantly, popularity among indie developers. Two new game engines have also been included because of their bouncing reputation.

Here are the top 5 game engines for indie game developers

Amazon Lumberyard is the new player in town, but a formidable one. Backed by Amazon’s AWS services for backend support, Lumberyard (currently in beta version) is a free game engine that can be used to develop visually challenging and creative games with all the top-notch features you can imagine. AWS cloud has native integration so you don’t have to look to any other backend service provider when you can get it from amazon on lowest rates. The software borrows its visual power from CryEngine.

CryEngine is an extremely powerful engine designed by the Crytek that has introduced games like the first Far Cry game, Ryse: Son of Rome and Crisis 3. It is more focused on PCs and consoles like PlayStation 4 and Xbox One, which can support the high graphic fidelity it delivers. It is fair to say, visual accomplishment of CryEngine transcends Unity on only Unreal Engine 4 can match its power.was

Unreal Engine 4 UE4 by Epic Games packs some big visual firepower and smoothly handles advanced dynamic lighting while its new particle system can handle up to a million particles in a scene at one time, which is a dazzling achievement if you understand how game engines work. With the unreal engine, you can ship your creative piece of art to PC, Mac, iOS, Android, Xbox One and PlayStation 4.

There is no doubt Unreal is a popular 3D game engine not only among indies but corporates companies as well. For starters, Gears of War, Batman: Arkham Asylum, Mass Effect, and many other blockbuster hits have been made using Unreal Engine 4. So if as an indie developer you want a mix of graphic capabilities with fast workflow, UE4 is the right option for you.

Autodesk Stingray was released back in 2015, but before we take on the game engine right away, let’s clear the dust about its maker. Autodesk is the owner of corporate software like AutoCad, 3D Studio Max, Maya, Maya LT, and ZBrush, all of which dominate the arena of 3D design engineering, game design, and animation. So the news of Autodesk rolling out Stingray was a pleasant surprise not for game developers but 3D artists as well.

Stingray beats down other 3D game engines because of the native relation between Stingray and its factory mate software used for building 3D characters and environments. The offer might be new, but Autodesk has a reputation of not quitting on their stuff without making the products wholesome, so expect top of the class functionalities and features in coming days including user-developed plugins. If you are thinking about rendering, then nothing does it better than Autodesk’s Beast.

Unity3D has become the most favorite game engine for indies; Unity’s discussion and question-answer forums are always burning hot. There’s just a great amount of material to learn, you will get all the help you need because of the active contribution of both expert and moderate developers. Unity Technologies offers Personal Edition of the game engine for free, with low royalty fee only if your game becomes very very successful. Most games shipped to Play Store and Apple Store are #MadeWithUnity.

The coolest thing about free version is that it has nearly all the options that come with Unity3D Pro. For indies, they will hardly feel the difference. Even with the Pro version, you have to pay for the license only once, doesn’t matter if your game earns billions. Unity3D has a state of the art animation retargeting system, stunning editor-layout management, and integral image optimization system.

You can continue to search on, you will find that these top 5 3D game engines are the most suitable for indie or hobbyist developers. One way to determine the popularity of a game engine among indies to check their discussion forums because that’s where you get most of your answers if documentation alone might not suffice for you.

August 11, 2018
We use cookies to ensure that we give you the best experience on our website. If you continue to use this site we will assume that you are happy with it.Ok