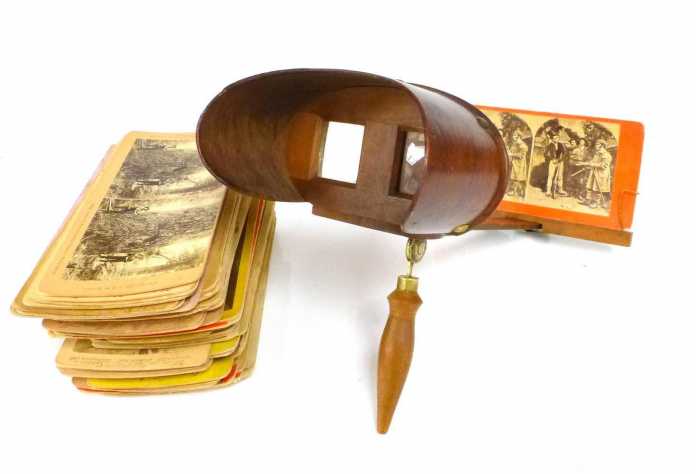 Virtual reality is on the rise again. Oculus is under Facebook now, they bought Oculus for whopping $2 billion, HTC Vive has exploded with more than 15,000 preorders in just 10 minutes after it became available. More and more video games are developed with VR support; there are VR movies, VR apps, and even VR porn. As most of the today’s tech trends, VR was invented long time ago and it just waited for a perfect time to rise again. 3D TV’s also were huge for a couple of years, after that they just disappeared from the scene, new models are rare and most brands put their money on 4K. Will something similar happen to VR? We don’t know, but at least, we can show you how technology was developed and leave you wondering what will happen with VR kits of today. Enjoy.

Early Works Were More Than A Century Ago

IF we stretch the definition of VR experience, stereoscopes were the first attempt of creating a VR experience; first of them were made in the 1830’s. They used two images, one for each eye, to make you feel like viewing a real 3D image. It was crude but functional, and it enabled people of the 19th century to see famous vistas, buildings, and landmarks like they were there. It was called “Virtual Tourism.” Entry level VR kits of today, like Google cardboard, use the same principle that stereoscopes used. They show you two images that are interpolated in order to make you feel like images have depth. The only difference is that smartphones serve as displays today, instead of panels with images printed on them, like it was done with stereoscopes. 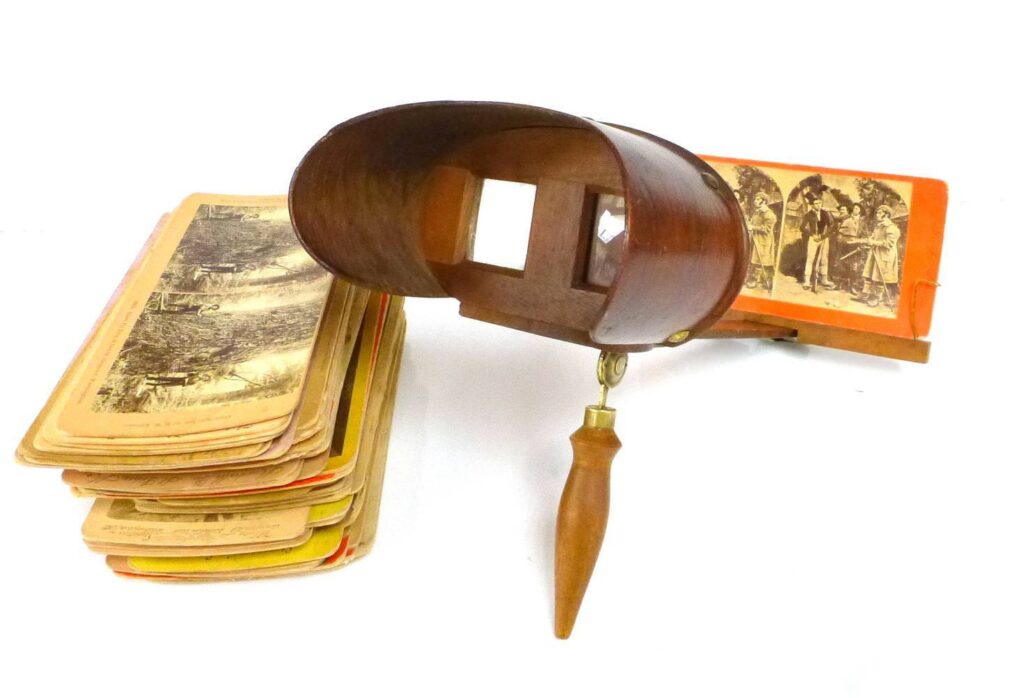 More Than A Century Later

Stereoscopes were the most advanced “VR” technology for more than a hundred years. There were some inventions that tried to push the technology forward. Link Trainer, the first proper flight simulator was invented during the 1920’s; Morton Heilig invented Sensorama during the 50’s, a device that had a stereoscopic display in order to be able to offer users 3D TV. Sensorama also had speakers, odor dispensers, and a moving chair, trying to bring users a completely new type of experience. Sensorama wasn’t successful, but it paved the way for future VR inventions. 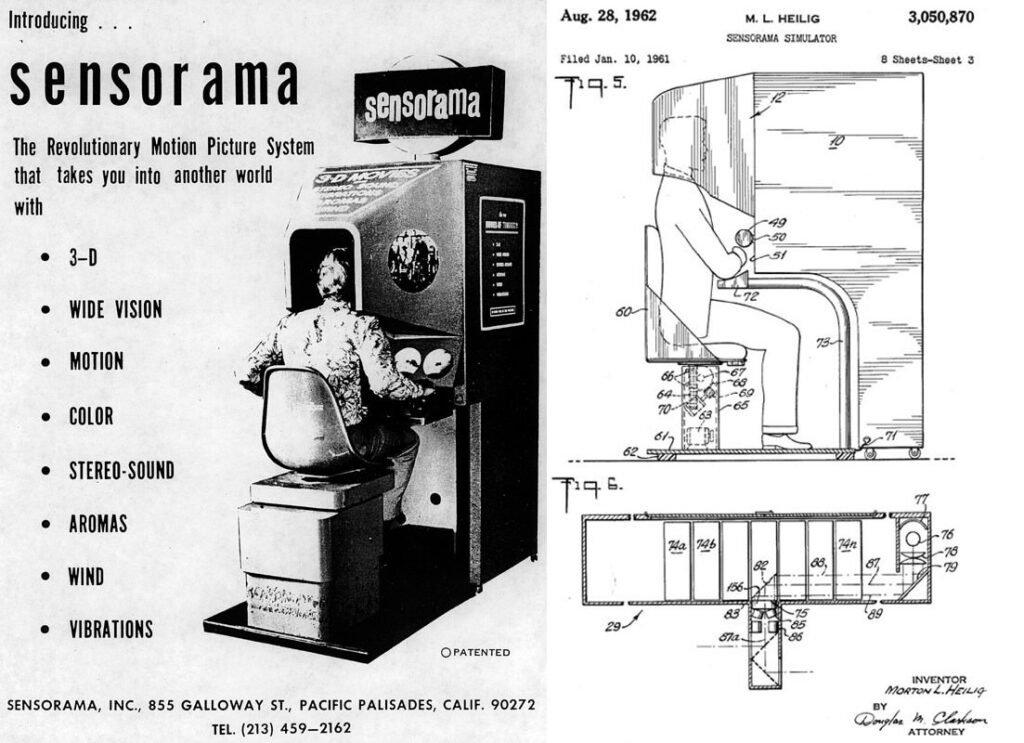 Right at the beginning of the decade, the first HMD (head mounted display) was invented. It was made by Philco Corporation (sounds like some corporation from fallout), The Headsight was actually made for watching hazardous situations from a distance (like A-bomb tests). The Headsight had a tracking system, enabling the user to change the angle of the camera by moving his head. And then, in 1965 Ivan Sutherland envisioned a concept which he named “Ultimate Display.” The concept includes three guidelines that are still used today in VR development.

Sutherland made first VR HMD that was directly connected to a computer, not to a camera, enabling the computer to provide graphics. His first VR machine called the “Sword Of Damocles” could display images in stereo and it had a tracking system, enabling the user to change his field of view by moving its head.

In 1982, the Atari Sunnyvale Research Laboratory was founded. Although the lab operated for just two years, it included some names that will be at the forefront of VR technology in the years to come. Jaron Lanier, one of the employees at the Sunnyvale Research Laboratory, coined the term “Virtual Reality” in 1987, and this field of research finally got its first proper name. The term was widely accepted and became the synonym for all VR related research, and Jaron Lanier is known today as the “Father of Virtual Reality.” The end of the decade saw the release of first wired gloves, the next level of VR control interface. They weren’t so successful but some products, like the Nintendo Power Glove became part of our tech culture. 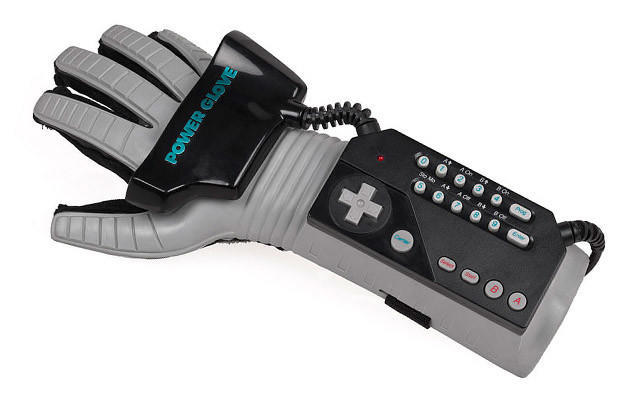 The Virtuality Group, probably the best-known virtual reality company of that time released first arcade headsets that could be used in arcade rooms. VR arcades could even be networked together, enabling the first multiplier VR experience. VPL (Visual Programming Languages), a company founded by Lanier, invented a full VR body suit, and, later on, made the EyePhone (name sounds familiar?), one of the first modern models of VR glasses. Sega later perfected the design, offering users a VR headset meant to be used with the Sega Genesis console, but Sega’s VR glasses never saw the light of day, they never passed prototype phase due to development difficulties. In 1995, Nintendo releases Virtual Boy, a VR console that should’ve offered gamers completely new gaming experience. It was a complete fail due to the lacks in design (games were shown in just two colors, red and black, really uncomfortable to look at), not enough software support and a messed up control system. 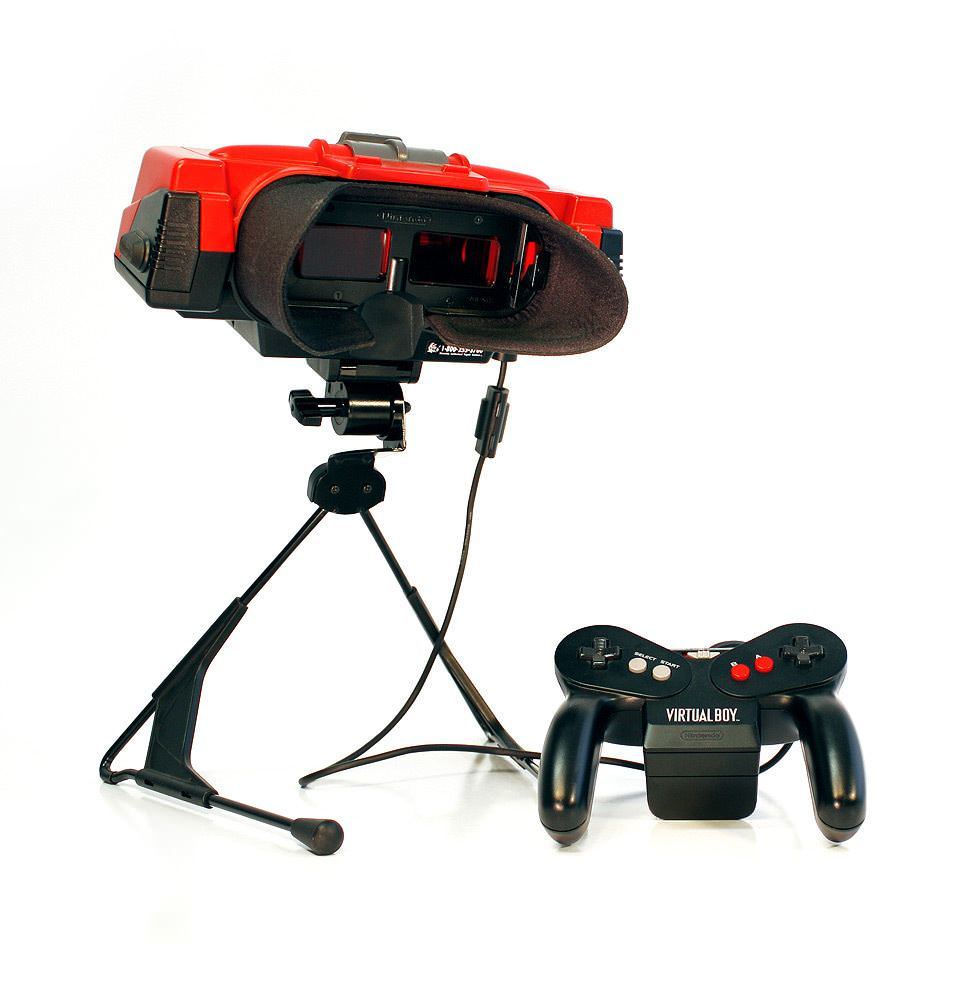 21st Century and the Resurrection of VR

VR was in a dormant state during the first decade of 21st century. But with the huge increase in computing power of today’s processors, and with constant miniaturization, VR again became interesting. In 2012 Oculus VR formed, later on, they successfully funded Oculus Rift, their first product, through Kickstarter. Oculus VR was bought by Facebook in 2014 and their first product Oculus Rift should be released sometime this year.

It seems that VR technology is again on the rise, but as this article shows VR was here for a long time and it never knocked down the wall and went mainstream. The reasons for that changed from decade to decade, but the main one was the lack of computing power. It seems that this problem is finally solved so it will be really exciting to see will VR finally become a successful trend, or will it just fade away like so many times before.

December 21, 2013
We use cookies to ensure that we give you the best experience on our website. If you continue to use this site we will assume that you are happy with it.Ok