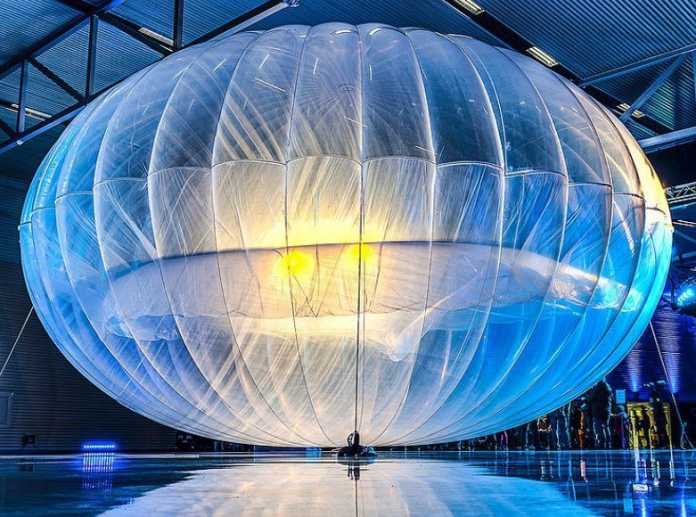 Google’s project Loon is a remarkable and respect worthy project. It has a sole purpose of bringing the internet to the remote parts of the world that don’t have access to high-bandwidth internet connection. I other words, Google is trying to develop regions in the world by bringing the web to them, by enabling them to become a part of our increasingly globalized society. The project is finished with its development cycle and is now ready for the testing phase. Of course, Google isn’t the only company with a vision of worldwide internet coverage, but their project is the most feasible one at the moment. But before we talk about that, let us see the science behind the project and its potential benefits. Stay with us and find out what is project Loon, where it is now and what plans Google has for its newest venture.

What is Project Loon?-

Project Loon started as another crazy idea at the Google’s famous X lab, a place where many crazy projects saw the light of day. New breakthroughs such as self-driving car and Google Glass were both started their life in the X lab, and Loon is their biggest venture ‘till date, what is Project Loon? An idea to bring high-speed internet to every part of the world is a really bold idea, and idea that could only be realized with the help of the big company, and Google is the biggest internet company of them all.

It all began back in 2008 when Google tried to buy Space Data Corp. a company that had a vision of providing internet connection to truckers in the south parts of US. They didn’t buy them, but Google X started trials in 2011, and in 2013 Project Loon was officially revealed as a Google project, and the long road of bringing the internet to developing world countries began.  The first test was performed in New Zealand, 30 balloons were launched and they successfully provided internet connection for around 50 persons that were a part of testing. This year saw a start of the second round of testing that will be performed on a much larger scale. One balloon was launched from South America and it successfully entered Sri Lankan airspace, traveling through the stratosphere without any major problems. Further, tests were made in Australia and Indonesia during the end of last year; they were successful and proved that Loon is not just a crazy vision of tomorrow, but a reality. Now, the testing phase is on, and Loon will eventually become a full-fledged project, with balloons flying over the better part of the world.

Project Loon is basically an idea to send helium-filled balloons way up to the stratosphere (15-50 kilometers above ground), where they will serve as stations that will emit 4G (LTE) signal available for everyone that could connect to it. First prototypes had modified Wi-Fi routers, with a plan of acquiring their own radio frequencies and emitting signal independently, but later Google decided to offer some sort of a mobile data connection. Basically, Google will lease balloons to carriers that could then connect balloons to their networks via ground antennas. At first, they used 3G signal, but now Loon used modified 4G (LTE) signal as a way of delivering internet connection.

The hardest part of this project was the actual design of balloons because they don’t have to just enter the stratosphere and stay there. They have to maintain their position and be able to move to a new location if needed. Balloons envelope (the part that inflates) had to be sturdy and had to be able to travel without any sort of propulsion. This problem was solved successfully by Google. They developed a program that gathers the data about air currents and winds in the stratosphere and after it makes calculations it sends the data to balloons that can be piloted by simply changing their altitude and avoiding any winds that could move them. When the balloon has to move to a new location, it will simply travel to the altitude where there are winds or air currents that move in the same path as balloons. The envelope was upgraded so that it can stay longer up there by putting helium detectors in balloons that traveled to the stratosphere and analyzing the data after they were retrieved. Balloons even have a parachute that will open if balloon starts to fall down too fast, a very smart and simple solution.

Balloon’s electronic is powered by solar panels mounted on the lower part of the balloons, around its electronic parts.  Under the envelope, a small box containing the router is located, in the place where basket goes in normal balloons. The effective working area of balloons is around eighty kilometers in diameter, and balloons have to be inside the range of ground antennas of the mobile data providers that are enabling the signal. All in all, it is a very complicated stuff that would need ten times more space to explain it in detail, but we hope that this short explanation is enough to present you the huge scale of this project.

Goggle claims that it wants to bring high-speed internet to developing countries because they want people to have fast internet so they can work from everywhere, finally having a chance of using the fast internet and because Google wants to help those countries to develop more quickly. But the truth is a little bit more complicated. Simply put, Google is the biggest ad agency in the world right now, and their main markets (The US, western Europe) are starting to offer less and less opportunities for expansion. Developing countries, on the other hand, are ready for the massive growth of online commerce that will happen in the next decade, and Google wants to speed up that process. The main condition that must be fulfilled in order to jump start E-commerce is the presence of high-speed internet. And many developing countries just don’t have the money for expensive fiber optics infrastructure. Leasing balloons that can provide fast and reliable connection is much cheaper, much simpler. And by providing fast internet to billions of people Google will expand its business to a great degree. All that R&D money will at the end bring unimaginable levels of profit, and profit is the second biggest reason behind most tech advancements, the first being military use.All in all, even if Google wants to bring project Loon just because they want to expand their potential user base, project Loon is a great thing and will surely help in the development of the whole world, eventually narrowing social and economic gaps of today and bringing numerous business opportunities for people in developing countries, I hope you now understand what is Project Loon.

September 25, 2017
We use cookies to ensure that we give you the best experience on our website. If you continue to use this site we will assume that you are happy with it.Ok