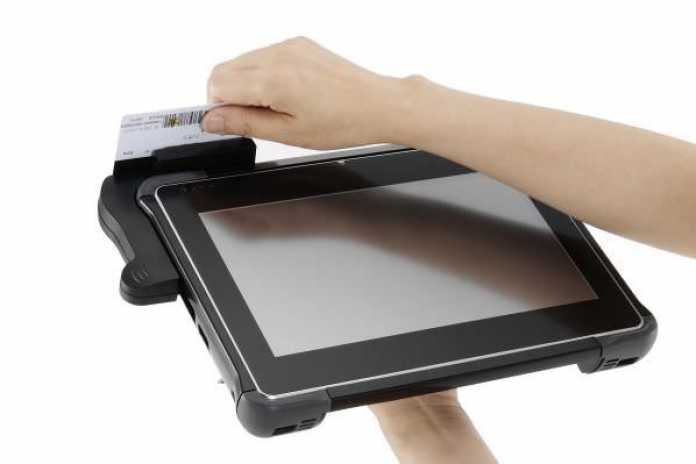 One of the latest developments in Point of Sale technology is the mobile POS terminal. Most commonly using an iPad as the base, these new mobile POS systems bring a multitude of benefits to businesses of all kinds. POS systems and terminals have been integral to running a business since the invention of the cash register. The technology behind registers and POS terminals has definitely advanced, but the role of a POS and the interaction between cashier and customer has stayed largely the same. A mobile system is easier to use, can save thousands, and presents a clean, sleek view to the customer.

Easy to Learn and Use

Most people today already know how to work an iPad. If they don’t, they can probably learn how in under ten minutes. Partially because of how easy iPads are to use, a mobile POS system will require very little training for an employee to understand. This can save you time and avoid frustration when teaching new employees. Tom Nealon, the group executive vice president for J.C.Penney, told Internet Retailer that, “[iPad]’s are such an easy tool to pick up and use and such a good selling tool that it helps associates in their jobs. It helps them present information to customers in better ways, which makes using the iPad an easy sell to associates.”

A fantastic benefit of a mobile POS terminal is the capability they have for accessorizing. Businesses like Shopify offer a number of different peripherals that can be easily integrated with a mobile POS system. Whether it’s a wireless barcode scanner or a wireless receipt printer, each device can easily be added to your POS terminals as you purchase them. All that’s required to start a mobile POS is an iPad, everything else that you could use can be purchased later. Getting all the accessories and peripherals is definitely beneficial to your business, but it’s something you can do over time. US Bank Connect stresses the importance of POS accessories and their need to meet the demands of your business. If your business doesn’t need a barcode printer, then don’t buy one; you’re wasting time and money if you do. Because peripherals can be purchased separately and over time, a mobile POS terminal has a unique flexibility you should take advantage of.

Running a business is expensive and saving money wherever possible is important. A mobile POS terminal can help save a lot of money compared to a traditional system. Depending on what peripherals you get and what software you’re using, a traditional POS terminal can cost multiple thousands of dollars. Add monthly software licensing fees (oftentimes a fee per register) and annual support costs and you’re looking at a pricy system that you constantly have to pay for. According to Mobile Transaction, mobile POS systems usually take any licensing, support, and upgrade fees and roll them into one inexpensive monthly payment. Not only are the monthly costs of a mobile POS system much cheaper, but the actual purchase price for an entire terminal is far under that of a traditional system. A complete peripheral kit from Shopify is only 500 dollars, add in an iPad and you’re looking at a full terminal price tag of only 1000 dollars. Depending on which iPad you get, that price can fluctuate some, but a full terminal will not cost more than 2000 dollars. Compared to a 10 or 20 thousand dollar traditional system, the savings on first purchase alone are astronomical.

Traditional POS systems are usually large, bulky things of plastic or metal. They take up a good deal of counter space and look like some weird version of a computer. Using an iPad as your POS terminal presents a sleek and slim aesthetic, and any peripherals can be entirely hidden under the counter. The aesthetics of an iPad POS terminal cannot be beat. With so much additional counter space, more merchandise can be presented to the customer and the entire visual of your POS area will be cleaner, more appealing, and less cluttered.