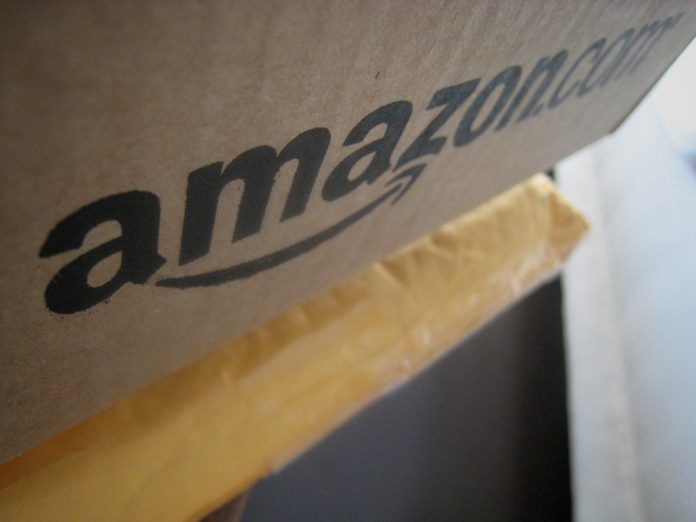 This new patent called “Systems, devices, and methods delivering energy using an uncrewed autonomous vehicle” was recently awarded to Amazon, involving a system that recharges Electrical Vehicles on the move in order to extend the EV’s range due to the lack of recharge stations nearby.

The system answers to a distress signal, once the signal is received, the drone will fly from a “giant inner-city tower” where it keeps fully charged batteries to the car, identify it, and attach itself atop the vehicle, giving it enough power to reach the nearest recharge station.

The report notes that Amazon may have filed for this patent to prevent other companies from getting to it first since there is not any sign of when the system will be built and deployed.

The patent simply consists of a drone approaching a vehicle that needs to charge, attaching itself to the roof of the car and supply it with power. However, the report mentions that a drone delivering power to a car on the move cannot be too large or too small, hence, the amount of charge delivered will not be great, in comparison to Tesla’s Superchargers which need about 40 minutes to charge an EV battery.

It might mean that these drones are going to be used to shortly extend the car’s range by a few miles, thus, allowing it to reach the closest recharge station.

When it comes to driverless delivery vehicles, automation, drone deliveries, and even plan on having floating warehouses in the form of blips, certainly Amazon comes to shine along with other great technology-related companies such as Tesla and Google.

Although, it remains unclear where this recharging service will fit in inside the company’s services, seeing as previous technological investments are directed to product delivery service as an online Marketplace.

Apple and Hertz Work Together to Make the Fleet of Autonomous...

Top Car Accessories to Get the Most of Your Car

March 12, 2016
We use cookies to ensure that we give you the best experience on our website. If you continue to use this site we will assume that you are happy with it.Ok