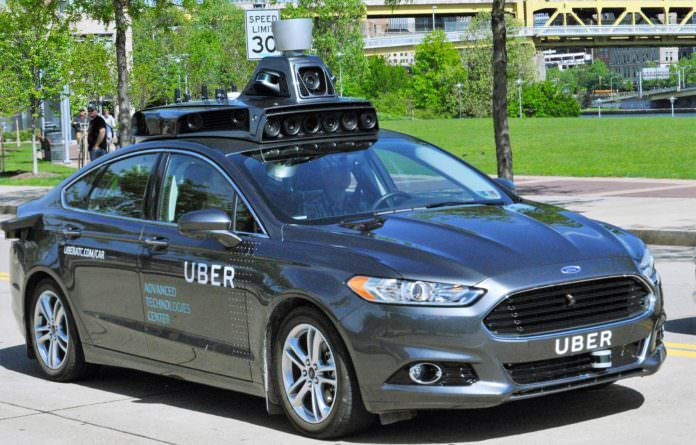 A young British artificial intelligence enterprise named “Wayve” thinks it has found a more effective manner of training so-called AVs (autonomous vehicles) than the current methods that exploit fancy equipment and elaborate 3D maps. They announced a video in which a remodeled electric two-seater Renault Twizy masters the road navigation on its own.

The system functions by means of reward and punishment (positive and negative reinforcement), which means that the machine learns it will get a reward for “good behavior“, and will be penalized if it “behaves badly“. The company officials are convinced that this approach, where the vehicle is treated like a child, will produce better results than the previous attempts to learn AVs to cruise down the streets independently. There is even a ten-page paper on the experiment they published online.

A large part of these systems that are currently being developed is based on using elaborate 3D maps for navigation. Enterprises all over the world are competing to create the most sophisticated and precise maps with refined sensors and cameras which will provide the vehicles with as detailed layouts and descriptions of streets, alleys, culs-de-sac, highways, motorways and all the other ways as humanly (or mechanically) possible.

On the other hand, the aforementioned autonomous vehicles also need their own set of cameras, sensors, and other gadgets in order to perform their predicted function seamlessly. The big problem with the whole thing (except for the fact that the job is painstaking and inhumanely time-consuming) is that it needs to be updated very frequently because of many changes occurring on a daily basis regarding construction and other works.

In addition, companies in charge of the maps often tend to neglect and “forget“ rural areas, concentrating almost exclusively on highly congested and jammed roads.

The newly-established way of learning could eradicate the current necessities, like 3D maps, into oblivion. For example, the aforementioned Renault Twizy has no more than a single camera at its front (unlike the plethora of other AV models which have many more – for instance, Tesla’s autopilot uses eight of them). That one camera is enough to send information directly and instantly to a so-called GPU (Graphics Processing Unit) inside the vehicle.

The GPU then runs the reward-punishment algorithm that is in charge of the car’s mechanisms for navigating, speeding up or slowing down. While the training was in progress, a human driver was present at the wheel in order to implement the necessary measures accordingly – first of all, to stop the car every time it seemed to veer off the road, thus activating the penalty mechanism.

By increasing the time of driving on its own, without human interference, Twizy increased the reward it got. It took him about twenty minutes to acquire the parameters for following the slightly curvy road without any lapses of concentration whatsoever. This is a truly miraculous achievement, and if it becomes a trend, these vehicles would no longer depend on 3D maps, which would make them available to almost anyone in the world.

August 10, 2017
We use cookies to ensure that we give you the best experience on our website. If you continue to use this site we will assume that you are happy with it.Ok