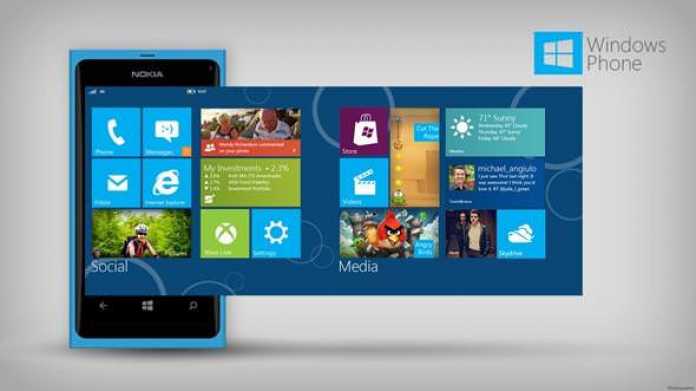 This is the smartphone generation, and getting a good one for yourself has become as essential as the air we breathe. There are hundreds of smartphones out there in the market that you may choose from, but not all of them offer a satisfactory experience. Thus the best way to choose the right cell phone is to deduce your options down to what exactly you want. The first thing you must focus upon is the operating system that you prefer; Apple OSX, Google Android, or Microsoft Windows. This post will enlist the best Windows Phones that came out in 2013. Considering the fact that Microsoft now owns Nokia, a leading brand in phones, all the phones on this list are from Nokia.

Why you should get a Windows Phone?

When Android by Google was released into the market back in 2008, Windows Phone and Apple iPhone had the biggest market in the mobile phone industry with their unique yet advanced operating systems. But then Android, with its developer-friendly structure, penetrated the market with such force that it has ended up snatching away more market share than that of its competitors combined. Windows has lagged behind in this regard to a great extent, due to developer limitations on the platform resulting in fewer apps. However, with the Windows Phone 8, Microsoft has revamped its operating system to a great extent, and now people who switched from Windows to Android or Apple products can safely switch back to their favorite OS. There are many areas where Microsoft has made drastic improvements:

1)      Friendlier environment for app developers, hence tons of more apps for the platform

3)      Smoother functionality to allow for a seamless surfing experience.

As most people use PCs, having a phone based on the Windows platform is essential to develop a quick sync connection between your phone and your laptop PC. Now that Microsoft has introduced a dedicated App Store with tons of new apps, phones based on the Windows Phone 8 platform have suddenly become highly popular once again, and there are some really excellent models which you should look at. Check it out what’s up with Windows Phone 8.1

Nokia has been famous for its excellent and sturdy hardware; these phones never break, or at least the memes on social networking websites suggest Nokias’ to be sturdier than Thor’s hammer. This is especially true in case of the Lumia 1520; its sleek, its durable, and it’s packed with features that will surely take your breath away. With a quad-core processor clocking in at 2.2 GHz, this Nokia phone has a 6” HD display which is capable of presenting 1080p quality media, a 20-megapixels camera which delivers the highest quality images over all smartphones currently available in the market, 32GB of internal disk space (expandable to up to 96GB), Microsoft Office for mobile suite, 7GB of cloud storage on Skydrive, and a voice-command software simply known as “TellMe” which is as good as any. It is a tough phone to beat right now, and probably one of the best phones out there in the market, Windows and otherwise.

This is more of a camera than a smartphone, but it still has the operating system smart enough to be a smartphone. But the 41 megapixel camera this device comes loaded with is shockingly unique, and this feature alone makes Nokia Lumia 1020 stand out among thousands of smartphones in the world. Truly, you will not find a phone with a higher resolution camera than Nokia Lumia 1020. Powered by the new and improved (over Windows Phone 7) Windows Phone 8, the Lumia 1020 is a powerhouse. Conceptually a niche device, the Lumia 1020 is for photographers who like to take candid shots, and wish to have a camera in hand wherever they go. Now, with the Lumia 1020, such a scenario is a possibility. The best thing about this phone is that for one price, you get a smartphone and an excellent camera. It’s a great deal.

41MP NICE! Way too much for a phone! Who Cares!

The camera is from Carl Zeiss optics, and this is accompanied by Xenon flash, two trademarks Nokia ensures to use in many of its high-end models. The phone comes with necessary camera apps to allow for an excellent and precise photo-taking experience.

Truly in the smartphone generation, the Lumia 925 stands tall with great hardware specifications. Better yet, to achieve this feat, Nokia retained the sleek and slim body the Lumia models are famous for. The screen on the Lumia 925 is Corning Gorilla Glass 2 AMOLED touchscreen with ClearBlack filter, which delivers crisp and clear images. Windows Phone 8, with its classy outlook and super graphics, stands out profusely. Lumia 925 has a camera of 8.7 megapixels, which is not as much as some other Lumia models but is enough to take excellent pictures. This is accompanied by Xenon flash and Carl Zeiss optical lens, which ensure excellent image quality.

This has to be a very great deal of an affordable phone that comes with 4G LTE support in it. Packed with a 4.5” HD touchscreen, dual-core processor clocking in at 1.5 GHz, 8.7MP camera (with PureView), and the gorgeous Windows Phone 8, Lumia 928 does not disappoint at all. The best thing about this model is the body size and the cost. This has to be one of the thinnest high-end league smartphones out there, and also one which is not overly priced. The AMOLED screen does wonders to the colors this device is capable of. This Lumia version also comes with a front facing 1.2MP camera, which allows for seamless video conferencing, and added perks with Nokia Drive and Music. Verizon versions of the Nokia Lumia 928 are the ones which you should look for. Many international versions not only are comparatively expensive, but also lack certain features that are inherently a part of the Nokia Lumia 928. Don’t like Windows phones? Check out The Best Android Phones of 2013

May 28, 2014
We use cookies to ensure that we give you the best experience on our website. If you continue to use this site we will assume that you are happy with it.Ok