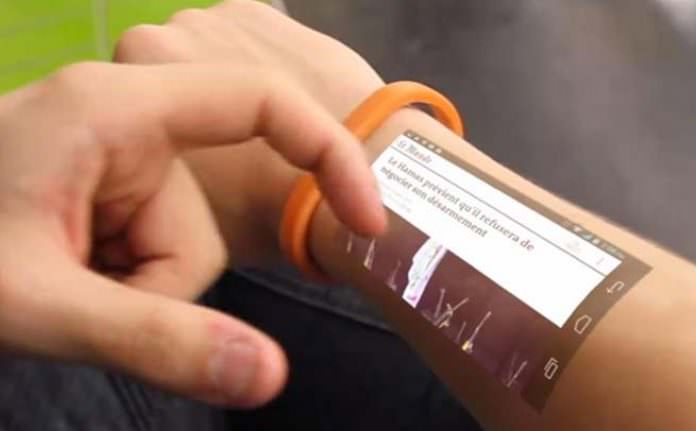 We are soon going to hello 2017 and some people say that it’s really going to be a revolutionary year for technologically. So much so that we may finally say goodbye to smartphones. So is there a better replacement here, or what are we even talking about? Replacing the smartphone or only the word for it?

In a recent article, The Verge writer Thomas Ricker brought an interesting subject to the technology discussion. Isn’t it time to drop the ‘smart’ from smartphones? He gives funny arguments to support his case, and he is hmm right? We don’t, in fact, say things like, “What’s time on your smartwatch?” Or “Let’s watch the smart TV!” But what Ricker missed is that we also don’t say “give me your smartphone number” or “Keep the smartphone closer to your mouth, can’t hear you clearly!” So clearly, Ricker had nothing serious to write.

But his article did raise my fascination that it’s not just the time to say goodbye to the term, but smartphones altogether. We need something new. However, our ask isn’t easy. I mean it’s very easy ask to drop smart from smartphones and people might actually listen. But introducing a technological successor to popular daily-use device… that’s miles long journey to take a few solid years.

You have to consider the practical scenario. Augmented Reality and Virtual Reality are here, but they are still molding around the promise of speed, clarity, and immersive experience. Likewise, when smartwatches arrived, people thought they will completely replace smartphones. The least happened, now they are fighting for their life… I mean their sales.

“People are not letting go of smartphones any time soon.”

People don’t forget things they keep dearly. In truth, smartphones have been very comforting gadgets. People love using the internet, but to get the best of it, they had to be glued to their PCs. Notebooks did some improvement, but you could not just take them to any place where you’d casually go. Smartphone did not only that, it became the ultimate time killer, party enhancer, and tour maker device.

Steve Jobs knew the future. He was making iOS for iPhone when Microsoft was making Windows 7 for laptops. Let’s just pause iPhone story here and put you through a simple question. What do you buy when you go to an electronic shop? The most of you would purchase a phone, digital camera, document scanner, portable music player, portable video game player, television, USB drive, or a GPS tracker… right? Not everybody just gets in their to get back with a 3D printer… I mean what would you do with it?

So for any electronic/tech company, the goal is to dominate most of the electronic market in a wide variety of devices. One way is to do this is by producing many electronic devices, and the other is to just make one that could potentially replace the rest under most circumstances. So Steve Jobs dragged Apple and dropped it on the option ‘B.’ Convergence! The success of smartphones proved four things. The future electronics market will be ruled by technologies that are internet-savvy, multifunctional, extremely portable, and exploit our emotions. Apple iPhone did all of that.

“Over a Billion iPhones already sold.”

Apple has already sold its billionth iPhone showing that people like to be physically free. In an effort to let people carry less, tablets and phablets arrived along with the smartwatches. These racehorses were either too clumsy or over-formal. They did make their mark but failed to knock out the smartphone from the throne.

Only future knows the answer, but we do have clues. I think, we are looking at the next stage of convergence. Something that takes connectivity and interaction to the next level. The next human companion device will shrink in size, but swell in value. Most likely, it will be a tetragamy of the smartphone with health wristbands , smartwatches, and holographic devices.

Imagine something like a bracelet with just a single button on it, clicking which paints a 5-inch holographic screen in the air that can be resized up to 10 inches. Its display shows everything a smartphone does and even more. It shows your heart rate, calories consumption, pulse rate, and your stress level. You swipe across the screen and the 2D holograph starts thickening into a 3D hologram of a new house that is ready for sale, and just a gesture away from becoming yours.

“A machine you can truly call a friend.”

It is connected to the internet and your contacts all the times. You wear it all the times. It keeps a wife informed of her husband’s health and rings an alert tone if her grandpa is having a heart attack, at the same time automatically calls an ambulance with the grandpa’s address. A machine you can truly call a friend!

Again a question. Would you keep a machine that close to your body where it could influence your emotions too? No need to answer that. I mean I can’t imagine the same if it were a laptop or a tab, but since my android phone sometimes feels like my third kidney, I have no reason to think that anybody would resist wearing a smarter electronic pet.

None of that is happening before last of the millennials pass into the adulthood. The good news is modular phones are coming to change the label just a little bit. If you think ‘modular’ isn’t as sexy enough as ‘smart,’ imagine modules like night vision camera, metal detector (good for security people), powerful zoom lenses, 3D scanner… tired and that makes me sleepy. In short, we can’t turn down modular phone possibility until we have seen their full potential.

Unlike Thomas Ricker, I’m after killing the communicational divergence instead of killing the term. So when we will say Goodbye smartphones (way after 2017) what’s there next to take its place? A ‘dearphone’ that we wear.

In the next article, we will elaborate why the real battleground for the tech companies is not going to be the hardware but the software. The biggest tech company of the future is the one with the smartest AI program.

3 Variables for Ethernet vs Wifi

April 5, 2017
We use cookies to ensure that we give you the best experience on our website. If you continue to use this site we will assume that you are happy with it.Ok