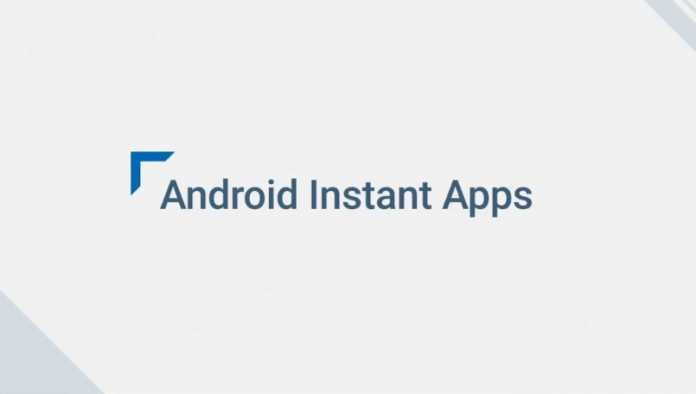 One (out of many) interesting new Android features presented at Google I/O event is called Instant Apps. The new feature will try to ease your interaction with mobile apps, putting a completely new way of using them. Basically, Instant Apps will allow you to use mobile apps even if they are not installed on your device. We all know the amount of time we lose in the process of finding a particular app, downloading it and finally installing it. While this doesn’t sound like much time is wasted, just stack up time you spent on finding and installing every app you have on your phone and you’ll get the idea why Instant Apps function is made for. Another problem that is getting more serious is the storage space getting filled up with apps you barely even use; and let’s not forget the gradually increased app size, which can be a serious problem if having a phone with 16 GB of internal storage or less.

One alternative is using web apps from your browser, but they are usually slower, not providing the same user experience quality as mobile apps. Now, Google wants to change all that, to close the gap between web and mobile apps by enabling users to use full, native apps by simply tapping on a URL. And best of all is that Instant Apps feature will enable apps to run almost instantly; this is enabled because developers will chop their apps in small pieces, each piece will present one app feature. For instance, if clicking on a link to some random movie, the IMDB page of said movie will open, even if you don’t have it installed on your device. If you decide to check out the page of an actor from the movie, another app part will download, responsible for artist pages, simple.

We all have some app that we use just because it has one cool feature, but even if we use just one feat, the app is fully installed on our device; Instant Apps will try to change that as well, with it we’ll be able to use just that one killer feature without the need of installing the whole app. In other words, Google is trying to transform mobile apps into a mix of classic mobile apps that require an install, and classic web pages that can be accessed in seconds but don’t provide the same quality of user experience. You’ll be able to click on a link of some Twitch video, and it will open in the app interface, even if you don’t have Twitch installed. Perfect for situations when you want to do something that can only be done in a particular mobile app but doesn’t want to actually install it just for that one action.

Instant Apps will be relatively fast, they should weigh less than 4 megabytes, in order to give users fast enough response when clicking on a link. Of course, this feature is still far away from mass availability. Google presented it in order to gather feedback from developers and to slowly implement new ways of porting the full apps into this new environment. The good news is that, when released, Instant Apps feature will work on most Android versions used today, all the way back to Jelly Bean. If done correctly, Instant Apps could be the turning point of entire mobile user experience, and will certainly change the way we interact with our mobile devices. Only time will tell if Google made a revolution, or only a small evolution step, regarding mobile apps.

March 14, 2019
We use cookies to ensure that we give you the best experience on our website. If you continue to use this site we will assume that you are happy with it.Ok