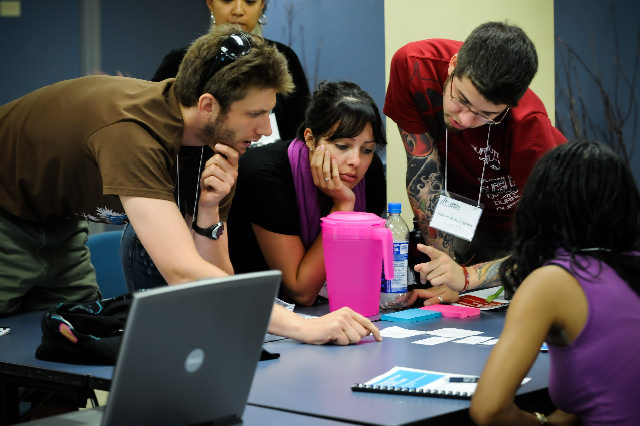 Information Technology (IT) tools are a very important part in Group decision making. These tools consist of groupware, DSS capabilities, and telecommunications. Decision makers will need a ”DSS” to help them in making quick decisions. A DSS ” Decision Support System ” is defined as ” a computer-based system that aids the process of decision making” Using a DSS ,decision makers will be in position to confront issues through a direct interaction using provided data and analysis models. A decision support system is very good at supporting the solution of a non-structured problem which simplifies decision making.

Many organizations are depending Information technology as a main driver of both production and decision making with in an organization as a way of gaining competitive advantage. Most traditional definitions of GDSS ”group decision support systems they do provide a small perspective on which information technology can be used in group decision making. When making a decision as a group , you will need a broad view of the topic at hand and use ”IT” to dig deep , each group member will have to make a detailed case study on that particular ”Topic” and use ”Information Technology to analyze the facts in those case studies to help you as a group to make a final decision in time.

However, specialized GDSS groupware is not the only kind of groupware you can use to improve group decision making. You can use any type of groupware that facilitates communication and decision making including, but not limited to , electronic mail, electronic bulletin boards, videoconferencing ,  and language translation groupware.  Also document management groupware is particularly helpful because it allows the team to collaborate on documents, spreadsheets and other projects.

Samsung Could Split As the Aftermaths of Note 7 Catastrophe

February 5, 2017
We use cookies to ensure that we give you the best experience on our website. If you continue to use this site we will assume that you are happy with it.Ok