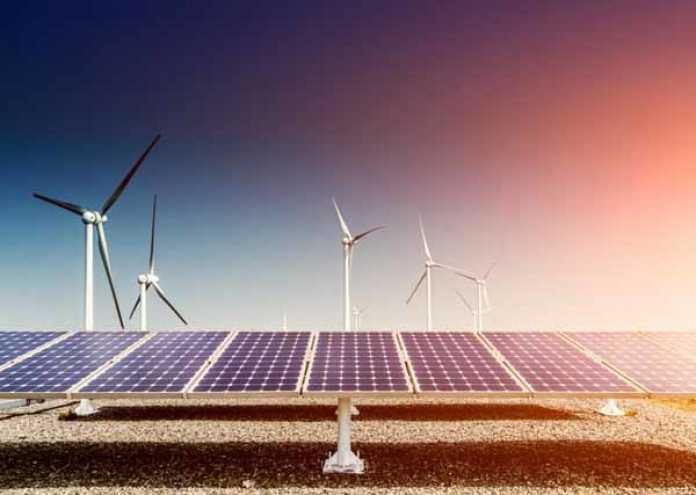 Did you know within an hour, the sun produces enough energy to power the entire world for one year?

Even though we can use the sun’s photons as free energy, we still rely so much on fossil fuels. In fact, of the 2.3% increase in global energy consumption in 2018, 70% was due to increased use of fossil fuels.

That said, it’s time you learn more about solar panels and determine which type is best for your home.

Ready to learn more about solar panel technology and what your options are? Then let’s dive right into it!

To realize how big the benefits of solar panels are, it pays to know how much you’re spending on energy use first.

On average, 7% of household income in the U.S. goes towards energy use alone. Some families, however, can be spending up to or over 20% of their income on electricity.

Let’s say your family’s energy use is within the average though, which puts your monthly electricity bill at $112. That’s $1,344 a year, give or take.

If you rely completely on solar energy in the next decade, you’re looking at a savings of $13,440. More, if you factor in the potential increases in electricity prices. Even more, if you consider recharging your electric car using solar energy.

Furthermore, going solar can raise the value of your home, which can be great if you decide to put it up for sale. Combined with the best wireless security camera systems, you may be able to sell your home for more.

To top it off, solar panels have become more affordable over the years. In fact, from 2010 to 2018, solar photovoltaic (PV) electricity costs have dropped as much as 73%. Experts say this will continue to go down as solar power technology continues to improve.

These are only some of the many advantages of solar panels, but they should be enough to make you invest in them.

Solar Panel 101: Figuring Out Which Type is Best for Your Home

There are three main types of solar panels, namely: thin-film, polycrystalline, and monocrystalline. Let’s look at the pros and cons of each type.

The main advantage of thin-film solar panels is their thin, lightweight built. They’re about 350 times thinner than monocrystalline or polycrystalline wafers. Instead of wafers, they use layers of photovoltaic materials, framed in metal or glass.

In general, thin-film solar panels are the cheapest of your three options. This thinness, however, means they need more space to power up a home. That’s why more commercial buildings (with their bigger spaces) use them than homes.

Note as well that this type of solar panel is often the least efficient. That’s why you need more of these panels (hence, the bigger space requirement).

Polycrystalline solar panels, like the monocrystalline kind, use silicon wafers to create cells. Manufacturers build them by assembling the wafers into rectangular rows and columns. A glass sheet then goes on top of the cells before a frame binds them all together.

The biggest difference between polycrystalline and monocrystalline panels is their silicon construction. Manufacturing polycrystalline solar cells involve melting fragments of silicon crystals. The melted material then goes into a mold, after which, manufacturers cut them into wafers.

Each monocrystalline solar cell is a cut of pure silicon crystal. It’s, for this reason, they’re the most efficient of all your solar panel options. Since they’re made of pure silicon, they also need the least space to generate the most power.

These more powerful features make monocrystalline solar panels the most expensive though. The good news is, they come with the longest warranty, with some manufacturers offering up to 25 years!

Choosing the Right Solar Panel Type for Your Needs

To get the best bang for your buck when investing in solar panels, consider the following.

Getting the Most Savings

If you want the most savings from, consider monocrystalline solar panels. This is especially true if you have limited space at home. You will pay more upfront, but the long-term savings may be well worth it.

If your main priority is to save what you can without spending a lot, go for polycrystalline panels. They may be less efficient than monocrystalline, but they’re cheaper. They’re a good alternative for homeowners who have a lot of space to install the panels on.

For a more in-depth list of what to look for in solar panels, check out https://PoweredPortableSolar.com/.

As more houses become greener and more cost-effective, it’s no longer a question of why you should go solar. It’s more of figuring out when to install solar panels and which type is best for your home.

If you consider the many benefits of going solar, you’ll know that the answer is, the sooner, the better.

Craving for more updates regarding the latest in technology? If so, then be sure to bookmark our blog’s New Tech section! We’ll keep you in the loop of what’s hot and not in the tech sector.

The Impact of Technology On Our Lives Today