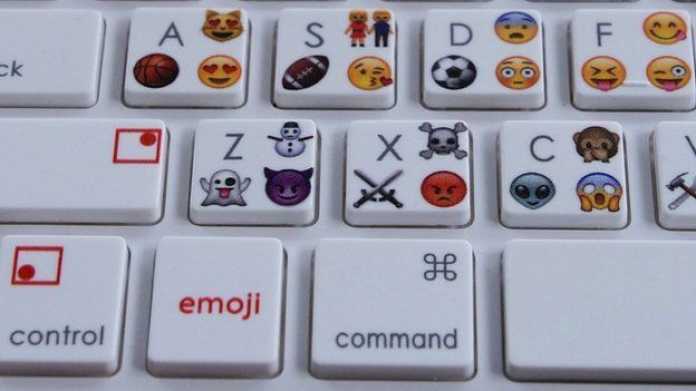 Here comes another round of breathtaking must have gadgets. The thing about these creative pieces of electronic hardware is that you can live without them, that is, if you have not used them at all. Included in today’s amazing gadgets is an “Emoji Keyboard,” “PuzzlePieces” and “Urbanite headphones.”

We know that you Really Want This to be a knock out selection, so let’s not waste any time and move on to the countdown. Here are the top trending gadgets of fall 2015.

First on the list is a highly-advanced keyboard, which has evolved to give you the power of readily clickable emojis. Now social media people who can’t live a day without Facebook, Twitter or Instagram; they would know that having a physical emoji keyboard at your disposal can be a time-saver.

The latest Emoji Keyboard by EmojiWorks cuts down the burden on your fingers, as most of the keys are imprinted with common emojis used on various social media channels. Now you don’t have to type or remember the difficult combinations for emojis, which often results in a misfire, putting awkward symbols in the comment box or message.

With Emoji Keyboard, all you have to do is press a special modifier key (much like ALT, CTRL, SHIFT… you will get used to it fast enough) and then hit the key containing your required emoji. If you are on a head-to-head emoji war with somebody, your opponent will be baffled by how fast and good you are at picking emojis.

Moreover, a skin tone selector allows you to arrange each icon in line with recent diversity adjustments to the various emoji images. Emoji keyboard comes in multiple models, offering users to choose from 47, 94 or 120 emoji to input. The gadget completely works with Windows, Mac and iOS devices over Bluetooth.

The design of the keyboard is very in-vogue these days with flatter keys that are so soft to touch that you will continually doubt yourself whether you typed those letters or did the word magically appeared on the screen. You will be blown away by the various colorful schemes, but don’t take much time selecting one because Twitter is impatiently waiting for you to come back. When Emoji Keyboard is under your fingertips, you can push any emoji, with your head held high.

Smartphones are the best thing that has ever happened to communication technology. As it turns out, the smartphones that you happily carry around is not smart at all. They are not strong enough, they do not adapt to the brave new world and they are not recyclable. Until now, replacing old model with new ones was the only approach to this problem, and then PuzzlePhone happened, ta-daaa!

What is PuzzlePhone really? It is the answer to the economic problem that market competition of the smartphone industry has raised to the global smartphone economy. When the first iPhone landed on Earth, it was a miracle and was pronounced as the invention of the year. Then Android came, with many companies investing in it. Now newer mobiles did not have to be super amazing, they just had to be new because people preferred new.

To make it all worse, this madness is still trending and that is when creative engineers joined their heads to think of something new, something not replaceable but recyclable and idea of PuzzlePhone was born. It is a modular smartphone that keeps a very little for itself and except the main body of the phone, rest of the components (processor, RAM, camera etc.) can be easily upgraded with new ones.

PuzzlePhone is chiefly comprised of three main components, namely the brain, the spine and the heart. Brain part houses micro-features like processor and camera. The spine accommodates the screen, frame and speakers, while the heart is responsible for attaching the battery and other functional components like the antenna. The further development of the phone is still in the process.

The modular smartphone boasts 5-inch HD screen, 12-megapixel front camera, 5-megapixel rear camera, octa-core ARM processor, 3 GB RAM and to top it all along, the convenience of Android OS. If you think that these premium specifications are not impressive enough, what else do you hope to find with just US$333 in your pockets? Oh, now you think it’s awesome.

Priced at $99, the Urbanite is like your own home studio with insulated walls to reduce noise distortion. The headsets bear all the awesomeness that your audiophile ears need including powerful bass, removable cable, 3-button remote and felt pads. Furthermore, you get a state of the art design and the fully urban title with multiple color options to give you a fully urban feel.

Turning few pages back to its history, Urbanites are an exclusive offer of aural expert Sennheiser, which matters. It is the same company that brought you $55,000 Sennheiser Orpheus, the clearest sounding headphones in the world with an impossible distortion level of 0.01%. Now those were made back in 1990’s and now Sennheiser has developed an affordable piece from original urban myth.

Myth because not a lot of people got to buy Sennheiser Orpheus, but with the pair of Urbanites, you can surely get close enough.  The promise of explosive bass without compromising the clarity of the sound is a very long shot, but Sennheiser made it happen. You don’t have to worry about the rig, which flexibly adjusts according to the size of your head and can bend over backwards while collapsible sides allow it to fit it in the storage pouch which you get as a bonus.

And those you think it is cheap and not good enough for them, well, they were originally priced at $200 if that counts to you. Either way, Urbanite is a too good offer to let slip away if you want to experience intense music quality.

Enjoy the autumns of your life, doesn’t matter the occasion and with these top 3 trending gadgets are the best offers to help you remember and conclude the final days of the year 2015. Keep in touch for more exciting new gadgets and if you have something cool to add to our collection, don’t feel shy to drop us a comment. 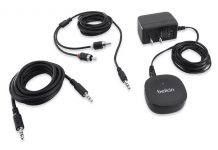 MYO- You Are The Controller

January 23, 2014
We use cookies to ensure that we give you the best experience on our website. If you continue to use this site we will assume that you are happy with it.Ok