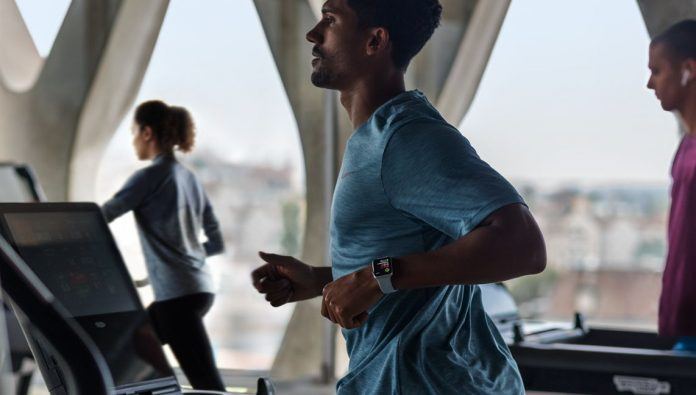 Have you found yourself wanting the exact same gym results on your smartwatch as well as on your treadmill? A new feature on the Apple watch allows users to connect their daily workouts with gym equipment. This will give them more accurate data.

The new feature will come standard with the watchOS 4 update which was first announced in June this year during Apples Worldwide Developers Conference. The update will launch on Thursday and will give users the ability to pair their wrist device directly with treadmills, ellipticals, indoor bikes, stair steppers and more with just a tap on the built-in pad.

But, the new update for the watch will only sync with a handful of global manufacturers, the like of which include Life Fitness and Technogym.

The partners already provide around 80 percent of gym equipment used today. In a statement, Apple said that the ability to sync data seamlessly between fitness machines and smartwatches in an industry first. The company has said that accuracy is the main focus for the new platform. This will be made possible with less device interaction and paired datasets.

This means that the two devices will instantly record and combine various workout features including speeds, pace, distances, floors climbed, incline and calories burned, without the user needing to mess around with apps or menus.

Jay Blahnik the senior director of fitness for health technologies at Apple said that the company aims to simplify the cardio machine experience. It also wants to make it more accurate than ever before.

He said that by simply taping on your favorite cardio equipment, users will see a two-way data exchange in real time. And, it will be a first. He added that it will also result in the most accurate measurements possible while making use of less device management.

And, now when Apple Watch customers view their metrics during workouts it will match. Although the latest update will be rolled out globally it was exclusively showcased at the Sydney Gym Fitness First on Thursday.

Gym Fitness First will be one of the first Australian businesses to adopt the platform.

The company will introduce GymKit-enabled cardio equipment in a select few Fitness First gyms around the country. This will start at the Bond Street gym in Sydney’s CBD and will be followed up by Bondi Junction and Barangaroo and lastly Richmond in Melbourne.

The watchOS 4 update will also feature an enhancement of the Workout app. This will including motion and heart rate algorithms for High-Intensity Interval Training (HIIT) workouts and auto-sets for pool swims. Earlier this year Apple surpassed Fitbit as the world’s top wearable company.

April 7, 2018
We use cookies to ensure that we give you the best experience on our website. If you continue to use this site we will assume that you are happy with it.Ok