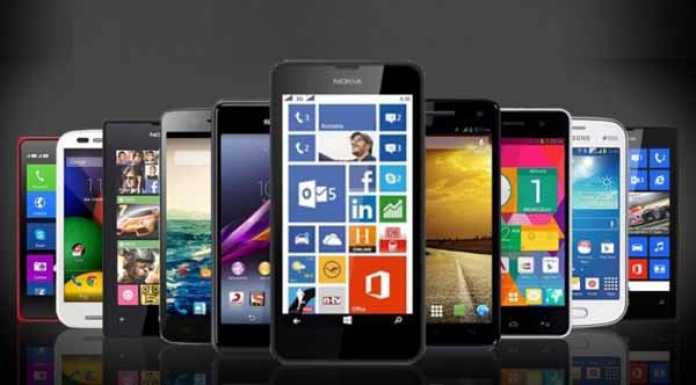 The dawn of 2016 is coming with some stunning smartphones that are worth waiting for. Since we are about to get there, it is about time for us to find out what are the Top New Smartphones 2016  is going to present us, and when.

We must mention that we are compiling the list without any discrimination of the brand or ranking altogether. We have preview details of iOS, Android and Windows-based smartphones. Goes without saying that to arrange top smartphones of 2016 in the order of their awesomeness, we would need full analysis, which is not possible right now.

As always, Apple stands as the leading smartphone brand of the world and we have no reason to think that they are going to give away their reputation with iPhone 7. Just like it was with iPhone 6, the internet is overloading with rumors that make it look like the next sci-fi gadget.

But we are going to consider only logical things here, iPhone fans… no offense. So what we know so far is that iPhone 7 is going to feature a huge screen, with added new features like all-new D-jack headphone jack, waterproofing protection and an eSIM.

Other possible modification might include curved edges, Touch ID display or flawless edge-to-edge seams. These are relatively possible, but of all the things that are possible, here are the thing that is inevitable, it is going to be faster than ever!

The new iPhone 7 is going to chest an A10 processor along with M10 motion co-processor and to top it all above, 2GB of RAM. With that firepower, it’s surely going to shut down the other big guns in the competition. Apart from that, we are also hearing so much, but let’s not get whimsical.

Galaxy S series, so far, is the only smartphone that has been able to edge with the market reputation of iPhone. Samsung is even matching up the model numbers, that’s why ‘7’ is common in both of the upcoming smartphones.

The Galaxy S6 was a completely brilliant product, but there is always room for improvement as the contemporaries aren’t sleeping on their sales. The all-new Galaxy S7 is packing up its very own Exynos processors while the memory is rumored to mount up as much as up to 6GB, however, we insist 4GB is more likely.

Moreover, S7 could see Adreno 530 graphics and LP-DDR4 RAM to show off staggering graphics on a 5.1in Quad HD SuperAMOLED panel. It will also get Android 6.0 Marshmallow and previously rumored fingerprint scanner and heart-rate monitor.

Until recently, HTC One A9 was just ringing in our fantasies, but after its release back in October, we have a good idea of how HTC One M10 might look like, or we hope so. It is going to be stylish, bold and beastly.

According to HTC chairwoman Cher Wang, there would be significant improvements in innovations and design for the next flagship HTC smartphone. Combining her statement with M9’s outlooks, HTC One M10 is expected to feature Quad HD display with added value of increased performance and uplifting enhancements.

It is amazing how fast time passes in the world of technology. LG G4 just came to the stores and we are already impatient to get our hands on LG G5. To all the rumors out there, show some respect guys, there’s very little known about the LG’s next handset.

LG is said to be working with Irience to bring an iris scanner to the G5. Now that’s a huge leap, especially when we compare it to LG G4 which even lacks a fingerprint scanner. Iris-scanning isn’t a new technology but its implementation in smartphones is relatively new.

Similar iris-scanning tech can be seen in UMI Iron phone, but this is the first time a top smartphone brand is introducing it to the cellular race. Moreover, we can also expect larger battery capacity of up to 4000mAh with wireless charging system. No doubt, battery power is an area in which the South Korean based company excels.

Here comes another one from LG Electronics. The LG G Flex 2 smartphones gave its competitor quite a tough time, and now the flag will be soon passed on to LG G Flex 3 to hold the ground. Outlining our concept of the new from the previous model in the series, Flex 3 is going to rock your world.

No kidding, Flex 2 was something of a good smartphone material. Owning to its curvy body profile and a self-healing casing, it won the heart of thousands of users. The third installation is set to maze us further with an all-metallic body and sexier design.

As to performance, expect nothing less than a Qualcomm Snapdragon 820 and 4GB of RAM. It would room 32GB of internal storage with expandability via microSD. Formidable sources say that 3500mAh battery, a fingerprint scanner, and 20.7/8Mp cameras are coming packed with it.

Going forward without Microsoft would be like stepping in tomorrow without the Sun. Respect. Nothing would feel the same if we would not include something for Windows in our list. If you have been reading the news, Microsoft’s Surface Book is making quite a show, perhaps that’s why that they extended the ‘surface’ idea to a smartphone.

Ta-da! 2016, welcome the new chef in town. Windows Mobile was beginning to feel an awkward name when it came to the users. Exemplifying, He is iPhoner, and she is an Androider, but who’s the gay guy holding the Windows Mobile? Yes sir, we have a point.

Hail ‘Surfacers!’ New name, old Windows, totally worth it. Until recently, Surface Phones were a myth, but Wired revealed that Microsoft Corporate VP Panos Panay has been working on a prototype of a new phone.

Let’s cut to the chase, rumors (this time we have to rely on them cause there are few) say Microsoft Surface Phone is anticipated to be powered by a 64-bit Intel processor with 4GB of RAM and 64 or 128GB internal storage options with microSD support. Furthermore, it’s going to get a 5.5in Quad-HD AMOLED display, 21Mp rear plus 8Mp front cameras and possible Surface Pen and a USB-C port.

Not everything on Kickstarter has accomplished what it pledged for; amazing ideas are an exception here. And if you have heard of Puzzle Phone, the Nextbit Robin is your thing. It is the first of its kind cloud-first smartphones that intuitively manages your phone’s storage.

Robin by Nextbit cleverly offloads your unused apps, photos, videos and other data to Nextbit servers so always have available space when you need it. All the data is transferred to servers in an encrypted and secure form, with additional Google encryption to double top the safety.

Nextbit was founded in 2012 and they are finally ready to start small production batch in early 2016. The all-new Robin is getting good critical acclaimed and is being praised as the smartphone of the future. The phone itself is based on Android platform with modified OS to enable its promised functionalities.

There’s the roundup of upcoming, best of the best new Android, iPhones, Windows, Samsung, HTC and LG smartphones. We also had a guest phone from Kickstarter, and we hope it prospers as well.

We were just looking at the top new smartphones of 2016 along with the release dates, and though other smartphone presentations are also very inspirational, these high-end phones have always dominated the markets. The welcoming party is over; stay tuned for more gossip and reports on these latest smartphones.

August 8, 2016
We use cookies to ensure that we give you the best experience on our website. If you continue to use this site we will assume that you are happy with it.Ok