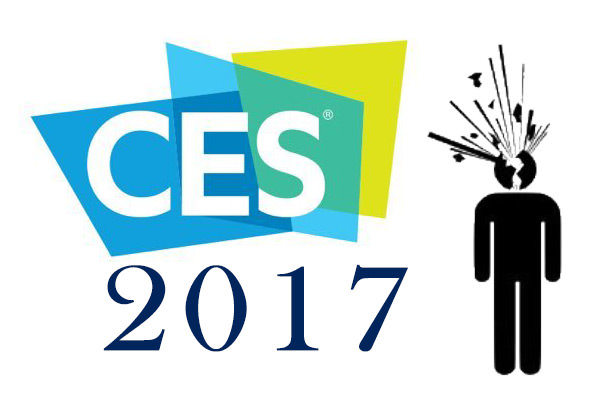 We are proud of tech-savvy products we saw at CES 2017. The list is really long and really awesome so we will just present the best of the best in various categories (in accordance with other top authority Tech Magazines) and decorate our listing with these over-the-top honorable mentions. Here we go!

Electricity-powered wheelchairs are not new but Whill Model M is different because it offers more independence and convenience to both the disabled persons and their caretakers.

Now Keep in mind that not all these technologies are out for sale, some are experimental, some are in the process of development, and some are waiting to be funded for distribution. So winners here are all about the CES 2017, not necessarily the consumer market.

Whill Model M has a powerful electric motor to help the disabled easily climb up to 10-degree slopes. It is an all-terrain wheelchair that works equally well on the road, lawns, damp conditions, and dirt roads as well. Both front and rear pair of wheels are powered (AWD) and have been engineered to cross up to 3-inch perpendicular incline without getting toppled.

Wheelchair’s recliner has been designed around the comfort of the user to reduce backaches and other problems that arise as a result of improper seating. Whill Model M has a powerful battery to drag the users as far as 12 miles when fully charged.

Keeping the harvest grain safe from environmental stresses and hazards is a big challenge for farmers because they can get too moist and rot. At the same time, the farmers have to deliver it to the market just at the right time when the yield is fully ripe. Traditionally, manual inspection is carried out and lab tests are rarely conducted.

Now Amber Agriculture has arrived as a solution. With this technology, farmers will get information about their grain yield right on their smartphones whether it is the temperature, humidity level, or other parameters. This is another beneficial implementation of IoTs which are usually focused on smart homes.

With Amber Agriculture, the farmers will get a 24/7 surveillance system to monitor their harvest and when the alert the farmers when the grains are in the ideal condition to be sold, which matters because the prices depend on it.

Here’s something for the mothers out there that will truly relieve her of the painstaking milking process. Smart breast pumps are also not new but they had been very traditional in the sense that their level of automation stink. They have to be connected to the power outlet and held up through the task.

Willow Smart Breast Pump offers a safe solution to this. Simply slide in the breast cups into your bras and that’s it. You can go about your routine work at home. Silent motorized pumps gently suck the milk out of the breasts once you press the start button, but the level of intensity can be adjusted as well.

Not surprisingly, it is also a connected device (IoTs) and as the milk pours into the replaceable milk collecting bag, sensors on the device monitor the gauge levels and alert you on your smartphone when the pouch is full so you can refrigerate it. Each bag has a 4-ounce capacity but you must input how much milk do you produce on the average for accuracy. At $429, Willow is affordable, fast, and very easy to use.

Honda has done it! The very first self-balancing motorcycles are in the process of prototyping. The two wheel rides are easy to balance manually on the go, but during a standstill moment in the traffic and you will have to put your feet down on the road to balance it weights. Which isn’t very difficult, but for heavy motorbikes, it is.

Honda’s Motor Assist technology defies gravity by electronically balancing the motorbike. This has got to be the most amazing implementation of gyroscope used in all the smartphones. Gyroscope measure the bike’s tilt, the readings are then passed on to its intelligent onboard system enabling it to balance the bike.

Of course, balancing tech is not needed at the high speeds but as the bike slows down, the Intelligent Assist automatically shifts from ‘Riding Mode’ to ‘Balancing Mode.’ The bike stands upright even without a rider and likewise can show itself out of the garage without any help. Unfortunately, Honda Motor Assist was in CES 2017 just for the show. There’s no word on exactly when it will come out.

Dish TVs are old school compared to this over-the-air antenna for letting you stream in 4K. Although 4K contents aren’t very popular because they are not available in every corner of the internet and broadcast service providers. But Dish TV manufacturers are thinking ahead of time to get their audience televisions ready when 4K videos finally arrive in style.

The android-based Dish AirTV “combines Sling TV over-the-top video service with apps from Google Play.” 4K isn’t the only benefit, its antenna can catch free Live TV broadcasts as well. In total, you will be able to watch over-the-air networks, free broadcasts, and cable channels as well. Apps like Netflix and YouTube also work flawlessly. It will be sold in two configurations: the $100 model will only work with internet apps while the $130 version will also include OTA adapter kit.

Whirlpool Corporation has a one-stop solution to dispose of your home’s waste biomaterial in the perfect way possible: turning the waste food into a fertilizer with just click of a button. Composting food was never this easy. Before Zera Food Recycler, making fertilizers out of food biomaterials involved adding manure, moisturizing it and at the same time trying your best complex doesn’t rot.

Whirlpool’s Zera Food Recycler is a new kitchen appliance that takes care of everything for you. Watch your scrap food transformed into fertilizer by simply throwing the trash food in it and pushing a single button to let the magic happen. Hard materials like bones and pits are an exception, everything else will be powdered down to a chute.

Additives include coconut husk and baking soda packaged in chunks so you can easily vend them in. The company recommends a week of trashing food this way before your finely made fertilizer is ready. It comes with a smart mobile app to monitor all the activities and you don’t have to worry about the oxygen level, heat, moisture etc. Zera will be available later this year for $1,199.

Imagine a Google Daydream-ready smartphone with Google Tango technology integrated into the same package. You don’t have to buy Lenovo Phab 2 for Tango and Pixel for Daydream separately. Although ZeFone 3 of the same series also offer outstanding features like a behemoth 5,000mAh battery, two cameras, and HD photography options but it doesn’t have the never seen before AR and VR mashup.

The specs are downright explosive. ZenFone AR boasts 8GB RAM, 3 camera sensors, Qualcomm Snapdragon 821, and a huge 5.7-inch display to provide the ultimate virtual reality experience. For Tango fans, Phab 2 isn’t a bad option either if they can compromise the weight and slimness.

Razer Project Ariana is an extension of company’s long hauled efforts to brighten everything inside your gaming room. Its full-spectrum lightening system exhibited in its headphone, keyboard, the mouse now goes circumfluent with a reimagined projector that turns your gaming room into the live action zone. Desktop manufacturers like Lenovo, Antec, and Wicked Lasers have already announced to showcase this technology into their systems.

But what is it really? It’s a concept Projector for now called “Project Ariana” and it is supposed to paint the screen of your gaming screen onto the wall of your room, making your gaming experience more immersive. It is something similar to Microsoft’s IllumiRoom and is probably inspired by it. However, Razer’s version seems more intelligent because it will self-adjust to balance the darkness and brightness, no need to adjust proximity as well.

Lego needs no introduction, however, its subsidiary Boost is a new addition to the enterprise which is focused on mechanizing the building blocks and breathe some life into them. Now kids get to not only build creative things but animate them as well. To make it geekier some coding is also involved in challenging their learning skills and invoking their interest.

A previous initiative by the company (Lego Mindstorm) targeted audience teenagers and adults but Lego Boost is rounding up Lego builders as young as 7 years of age. It will be a fun to play with a kit for kids to make and animate ships, robots, cars, and whatever they can create. A set of motion sensors and motors will do the rest for them. The kit will be available in stores by late 2017 for $160.

A true black OLED TV the thinness of two coins? What is that if not a winner? LG has delivered the promise of slimness with a whopping 2.6 mm television. It is one of the most breathtaking technology achievements we are going to witness this year. Amazing picture quality, more HDR support features, Dolby Atmos-enabled soundbar, and what not! LG OLED W-Series is a winner of all the CES 2017 contestants by all standards. Hail the queen!

We had a look at the best of CES 2017 technologies and with products like Zenfore AR, Project Ariana, and LG OLED W-Series, we are released to say the year is going to be more promising than 2016. Let’s wait for more electronic shows and expos and hope something even better comes up. Stay tuned!

Is “The Cloud” Secure for Business Hosting?

June 5, 2014
We use cookies to ensure that we give you the best experience on our website. If you continue to use this site we will assume that you are happy with it.Ok